France scored three tries without reply as they handed Argentina a 27-0 pummelling to share the two-test rugby series 1-1 in Tucuman. 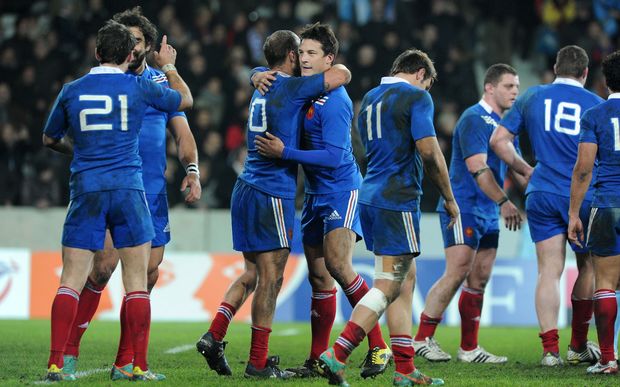 The French made several key changes from the inexperienced side beaten 30-19 by the Pumas in the first test last Sunday.

It took 26 minutes for the first points to go up on the board though with scrumhalf Baptiste Serin slotting a penalty for offside by lock Tomas Lavanini.

The visitors made a key score on the stroke of halftime with a try by Hugo Bonneval after a break down the blind side by Serin and pass inside to the winger.

Serin's conversion made the halftime score 10-0 and soon after another penalty by the scrumhalf, whose match tally was 12, increased France's lead to 13-0.

The Pumas failed to build any momentum and France centre Remi Lamerat's try from Trinh-Duc's pass in the 51st minute virtually sealed the victory with the French dominant and leading by 20 points.

's try from a five-metre scrum just past the hour completed the whitewash which leaves the rivals tied at six wins apiece in their last dozen meetings since 2006.

Argentina played the final quarter of an hour a man short after Lavanini, who was back from suspension for the match, was sent to the sin bin for dangerous play.

The performance augurs well for France coach Guy Noves's team for next season while the Pumas must work hard before the southern hemisphere Rugby Championship kicks off in August.