Springbok first five Elton Jantjies kicked 11 points as they held out for a 19-13 win over Ireland to clinch the series 2-1 after the third and final test at the Nelson Mandela Bay Stadium. 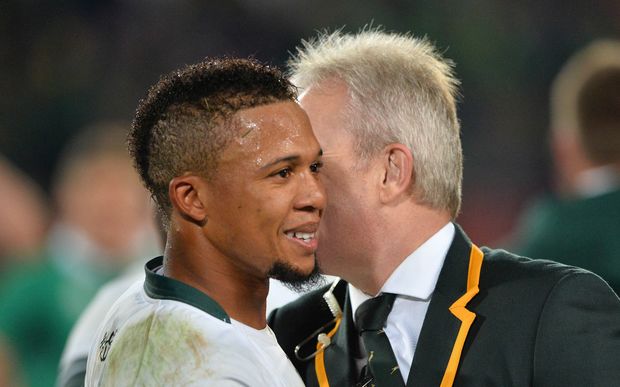 The Springboks had to defend desperately for the final 10 minute as the visitors came within metres of a last-gasp try that would have handed them a dramatic victory.

Both sides scored a try with Ireland going over first after 16 minutes when Luke Marshall crashed through the South Africa defence after a strong build up.

The Springboks conjured up a clever try on the stroke of halftime as flyhalf Jantjies kicked up into the left-hand corner for JP Pietersen to snatch the ball in the air and cross over.

Ireland won a test in South Africa for the first time when they claimed the opening encounter 26-20 at Newlands but went down 32-26 at Ellis Park in the second test last weekend.