Racing, reduced to 14 men after the early sending-off of France scrumhalf Maxime Machenaud, produced a remarkable performance to beat Toulon 29-21 to win the French Top 14 final for the first time in 26 years. 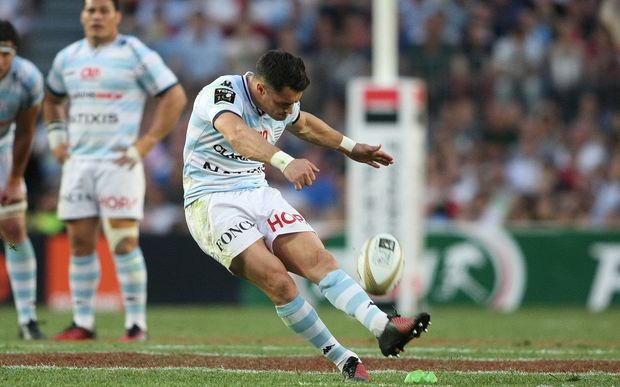 Racing, beaten in the European Champions Cup by England's Saracens last month and seeking their first domestic title since 1990, were level at 3-3 after 18 minutes when officials decided to red card Machenaud for a tackle that crashed former Wallaby Matt Giteau into the ground head-first.

After trailing 14-12 at the break, however, Racing produced a magnificent display to regain control of the game and secure a famous victory.

The match was played in front of over 90,000 fans in Barcelona's Nou Camp stadium as the Stade de France was out of bounds for Euro 2016 soccer duty and there was little between the teams in the early exchanges.

Wales fullback Leigh Halfpenny, fast-tracked back into the team after a serious knee injury, landed three early penalties for Toulon and when Mamuka Gorgodze charged over for the opening try to make it 14-6 the game looked all over. 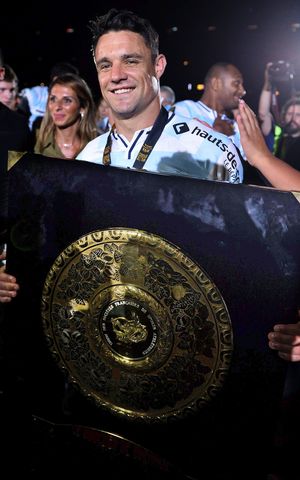 Racing, however, refused to read the script and, showing admirable discipline, continued to attack and forced Toulon into conceding a succession of penalties that Dan Carter and South African centre Johan Goosen turned into points.

Toulon struggled to make their extra man count and Racing stretched their lead to 26-14 after an hour when former New Zealand winger Joe Rokocoko caught his own chip ahead for their first try.

Toulon hit back when centre Maxime Mermoz slipped through a gap in a ruck to make it 26-21 going into the final eight minutes and the odds looked to be against the tiring Racing.

Toulon earned a penalty in front of the posts with three minutes remaining but opted for a scrum and the decision backfired when the referee penalised them at the set-piece.

Racing then broke and forced their own penalty which Carter slotted over to clinch a famous victory.

"It's an amazing feeling, it's been the most special season on my life and the way we did it with 14 men," said Carter, who helped New Zealand to World Cup glory in October but limped out injured during the European Cup final defeat by Saracens.

"It's never easy playing with 14 men. There are some pretty tired boys out there but there is a huge satisfaction in winning."