American golfer Dustin Johnson has buried his major championship demons in dramatic fashion, claiming the US Open amid controversy for rules officials. 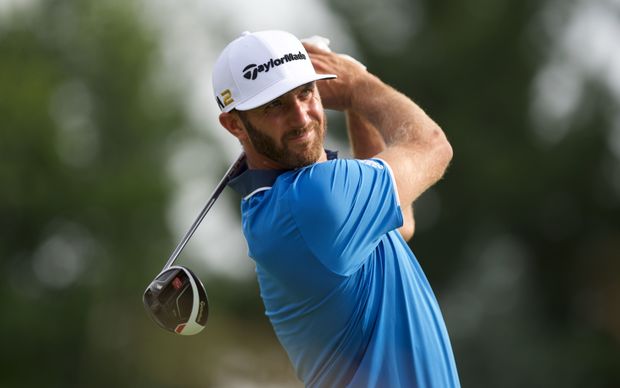 A year after three-putting the final green from 12-feet to lose the US Open at Chambers Bay, Johnson hung tough to win his maiden major by three strokes at Oakmont despite having the threat of a penalty hanging over his head for the last seven holes.

The big-hitting world number six, who had faced multiple close calls in majors thanks to rules infractions and late collapses, was approached on the 12th tee by officials informing him they were contemplating assessing a one-shot penalty for an incident on the fifth hole.

They believed he may have caused his ball to move on the green and said they would rule on it after his round.

At the time he led by two and it clearly rattled his nerves for a few holes and he fell back into a tie for the lead.

But he rebounded as others faltered, pushing his advantage far enough that the issue was inconsequential as he finished with a stunning approach to the last hole to set up a closing birdie.

The penalty was indeed handed down post-round, leaving him with a closing one-under-69 and a four-under total.

Third round leader Shane Lowry, who started four shots clear, coughed up his advantage with a 76 dropping him to one-under and a tied for second with fellow Americans Scott Piercy (69) and Jim Furyk (66). 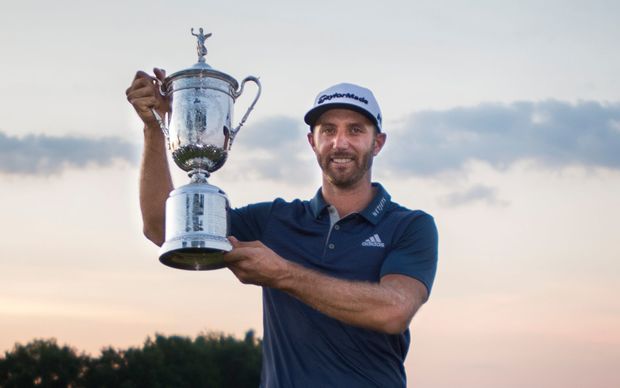 Johnson had previously finished inside the top-10 11 times without winning.

Among several close calls he took the lead into the 2010 US Open before shooting a final round 82. He was set to be in a playoff in the 2010 PGA Championship before a two-shot penalty was assessed on the final hole. And of course there was his US Open three-putt last year.

Australia's world No.1 Jason Day looked like he might make a late charge to an improbable victory before the penultimate hole scuppered his chances.

New Zealander Danny Lee finished tied for 57th, 18 shots from the winner, while Tim Wilkinson was another 2 shots back.