The New Zealand women's hockey team have been beaten 3-1 by Australia at the Champions Trophy in London a day after being beaten 6-2 by the Netherlands in a tough opening game. 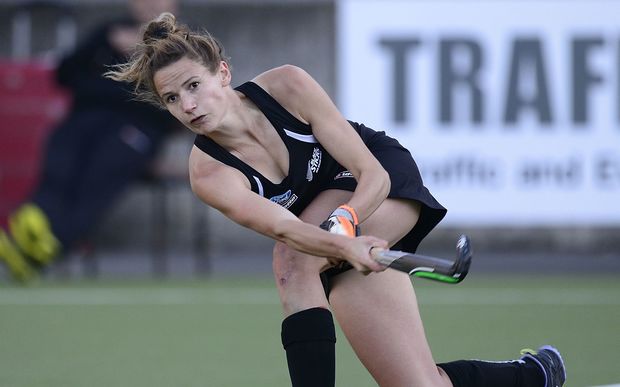 It was a frustrating day for the Black Sticks Women who were rattled by an early goal and struggled to convert attack into scoring chances.

Anita McLaren scored her side's only goal from a penalty corner.

Trailing by one goal at half-time, the Black Sticks were well in the game but suffered from two yellow cards awarded in the final 15 minutes.

Kelsey Smith was marched for five minutes in the 45th minute before Pippa Hayward copped a 10 minute sit down in the 47th minute for a foul that video replays suggest was a seemingly clean slide tackle.

Head coach Mark Hager said they needed to improve going into a must-win match against Great Britain on Wednesday.

"At the end of the day you're not going to win with nine or 10 players, and we had a few cards in that game which really stopped us building momentum," he said.

"It's our fault, we had chances up front but weren't clinical in our finishing and then didn't stop the Aussies well enough in defence.

"Our girls fought to the end, but again if you're not clinical in the attacking circle it makes it hard to win games. We've got to be better so we will go away and improve ahead of our next match."

Australia opened the scoring in just the second minute when Emily Smith pounced on a long crash ball into the circle, slipping a shot over the head of goalkeeper Sally Rutherford.

The Black Sticks responded immediately winning a penalty corner from the restart with McLaren firing a rocket into the top left of the net.

A lapse in concentration early in the second quarter gifted the Hockeyroos a penalty corner of their own which Jodie Kenny put low and left past Rutherford's foot, giving them the lead once more.

Grace Stewart extended the lead for Australia in the 40th minute after receiving a great pass from Georgie Parker and remaining composed to beat Rutherford one-on-one in her second attempt.