Michael Foley has been sacked as coach of perennial Super Rugby under-performers the Western Force.

The Perth-based Force are last in the Australian conference and third-last overall with just two wins from their 12 games this season.

Foley took up the head coaching role in 2012 but have failed to reach the finals in his four seasons at the helm. 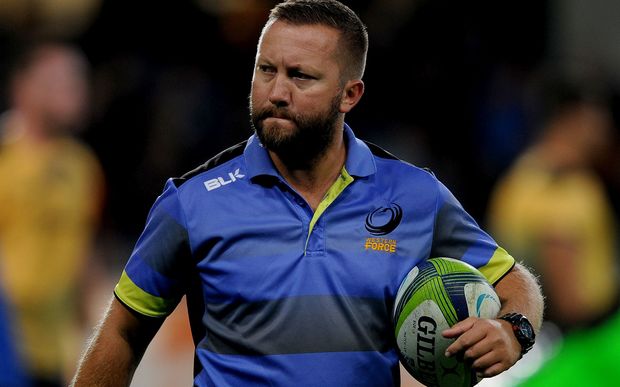 Michael Foley has been sacked as coach of the Western Force. Photo: Photosport

The decision to change coach comes two weeks after the Australian Rugby Union formed an alliance with the Force to run the franchise, which is struggling with financial difficulty and inability to recruit top-line players.

The chief executive of Rugby WA, Mark Sinderberry, said with the team out of contention for finals, it was appropriate timing for both parties to look to the future and that's why they agreed to part ways.