The Warriors have made two changes to their lineup for Sunday's NRL game against the Sydney Roosters in Auckland with Jacob Lillyman and Manu Vatuvei both unavailable. 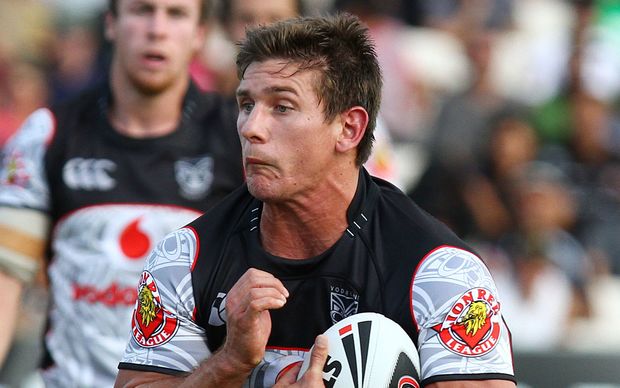 With Lillyman called into the Queensland side for next week's second State of Origin match, rookie prop Toafofoa Sipley has been brought onto the bench for his second NRL appearance.

And 2015 rookie Ken Maumalo has been called up for his first NRL appearance of the year replacing Vatuvei.

The club's veteran try-scoring record holder picked up a hamstring strain early in the second half of Saturday's 50-14 win over Newcastle and is expected to be sidelined until round 17 (Gold Coast) or maybe after the club's round 18 bye.

After making an impressive NRL debut against St George Illawarra on May 1st, Sipley has maintained his form with the Stacey Jones-coached second side now on top of the table.

absent but they gain two monsters in Maumalo and Sipley.