England's win over the Wallabies on the weekend has seen the team leapfrog the Boks to reach No.3 in the World Rugby rankings.

Eddie Jones' team's 39-28 victory over an ill-disciplined Australian side has them 1-0 up in the three-Test series. 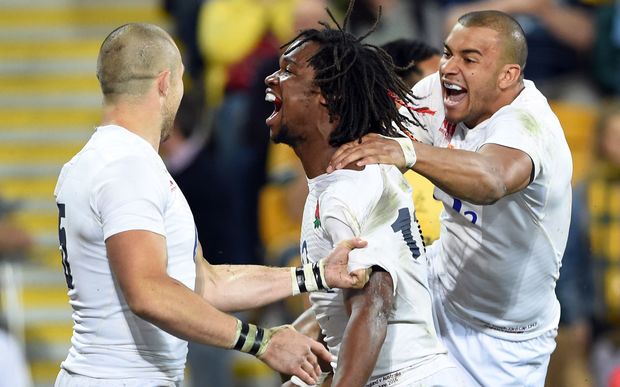 And their first-ever win in Brisbane means the Springboks slip to fourth in the rankings, after the home loss to Ireland.

The 26-20 win at Newlands - despite playing an hour of the game down to 14 men - was the Irish team's first-ever triumph in South Africa.

Fiji leapfrog Japan up to No.10 after both teams won on the weekend.

Fiji came back from a 15-0 half-time deficit to open the Pacific Nations Cup with a 23-18 victory over Tonga in Suva, while the Japanese hung on to claim a 26-22 Test victory against Canada in Vancouver, despite playing the last 26 minutes with 14 men.

The All Blacks remain well on top of the rankings, ahead of Australia.