Brazil, one of the favourites for the Copa America football tournament, have been knocked out by a goal that shouldn't have stood. 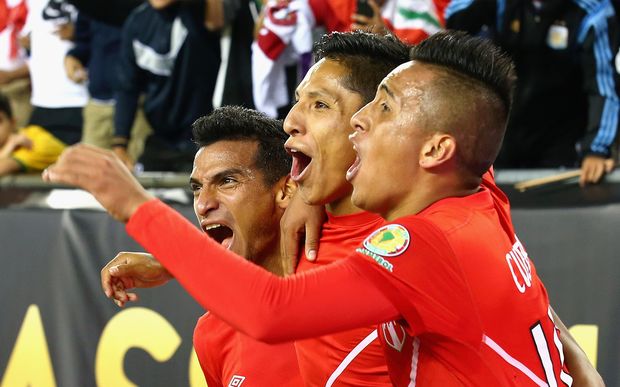 Raul Ruidiaz of Peru celebrates his controversial goal against Brazil with his team-mates Photo: AFP

An obvious handball was ignored by the referee as Peru striker Raul Ruidiaz scored the match-winner in the 76th minute of the final pool game in Foxborough, Massachusetts.

Brazil needed to win to reach the quarter-finals but will feel cheated by the 'Hand of God' incident, which was reminiscent of Argentina great Diego Maradona's handballed goal against England in the quarters of the 1986 World Cup in Mexico.

It's Peru's first victory against Brazil since 1985. They go on to play Colombia in the final eight.