The legendary New Zealand athlete Sir Peter Snell says he'd actually accused his ex-wife of losing the black singlet he wore when he won the 800m and 1500m gold medals at the 1964 Tokyo Olympic.

The singlet which is to be auctioned in Auckland later this month is expected to fetch between 30 and 50 thousand dollars. 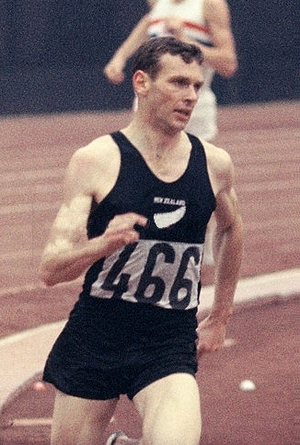 The 77 year-old Snell, who now lives in Texas, said he did not remember giving the singlet away, but probably did so for a charity event many years ago.

"I'd actually accused my ex-wife of dumping it before she left New Zealand to join me in the United States and she said 'oh no no no I never did that', so it might have been one of those things I have given to be auctioned off for a charity and someone bought it way, way back," he said.

"I had a big change-of-life thing where I totally changed from athlete to student and a lot of my belongings have gone astray.

"Over the years you get asked to provide shoes and singlets, apparel and personal items for these fundraising auctions, and I can imagine I gave it away for a specific charitable cause."

Sir Peter said he could not believe the singlet could be worth $50,000.

"It's absolutely ridiculous, I don't know if they have got it right. I might pay a couple of hundred (dollars)."

Sir Peter said he hoped the singlet eventually ended in the New Zealand Sports Hall of Fame in Dunedin, which is where he will be donating his Olympic medals.

In 2000 Snell was voted New Zealand Sports Champion of the 20th Century.

Andrew Grigg of Cordy's Auctions in Auckland said it was difficult coming up with an auction estimate and he's never auctioned anything of its sort previously.

"Given the iconic nature of this and in terms of New Zealand 'athlete of the century' ...if it catches the imagination and a few people really want it then to some people who have got lots money $50 thousand isn't a lot," he said.

"It's not in mint condition. The 466 label is a bit deteriorated and there's a few little tears and bits and pieces and creased and slightly stained but that's as you would expect," said Grigg.