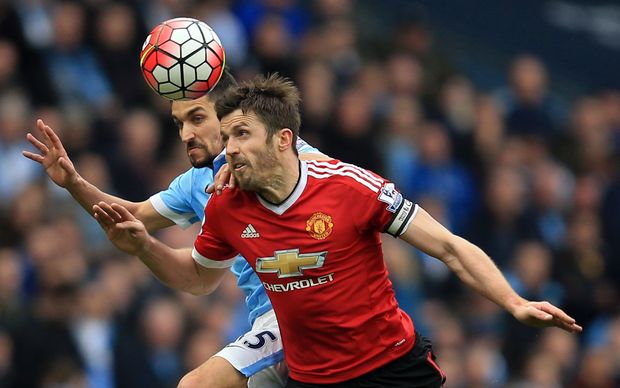 The 34-year-old has made more than 400 appearances for the club, winning five league titles, the Champions League and the FA Cup during his 10-year stay at Old Trafford.

"This great club has been a part of my life for the past 10 years, so I am delighted that this incredible journey is continuing," vice-captain Carrick told the club's website.

"It's great to have the opportunity to work under Jose Mourinho, who has achieved so much during his managerial career. I would like to thank the fans for their unwavering support."

Carrick had sparked doubts about his future when he accompanied his children on to the pitch for the final game of the season at Old Trafford.

Eagle-eyed fans had noticed that former long-serving players Rio Ferdinand and Patrice Evra had done the same thing prior to their departures.

The England international, known for his controlling influence in midfield, was heavily linked by British media with a move to several Major League Soccer clubs in the United States and to Australian side Perth Glory.

"Michael is a very intelligent midfielder and a great reader of the game. I am pleased that he will be extending his contract," Mourinho said.

"His form this year shows his ability and his enjoyment of the game are as strong as ever. Michael has a wealth of experience from his many years at the club and that knowledge will be invaluable to me."

United made defender Eric Bailly the first signing of Mourinho's tenure on Wednesday. No fee was disclosed although media reports said United had agreed a deal of about 50 million dollars.