The New Zealand coach Anthony Hudson knew the Leeds striker would be unavailable when he selected the tournament squad but believed Wood could still play a key role in helping the All Whites qualify for the final.

"I'm gutted I won't be able to take part in the final but my sister's wedding is something I've looked forward to for a very long time and it's something that is very important to me," said Wood. 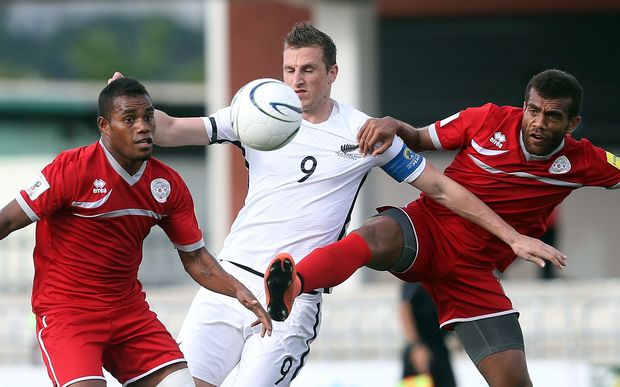 Hudson said "it was an ongoing discussion. He came to me a long time ago but as you get nearer to a tournament you want to try to see if there are any other options. You think maybe Chris will come in and, with more discussions, you might be able to sway him the other way.

"But once I'd heard it from his mouth and seen in his face what it meant to him it was no problem with me," said Hudson.

Hudson will also be unable to call upong defender Themi Tzimopoulos and Australian based striker Luka Prelevic will also miss the final through suspension, after picking up yellow cards in the semi final win over.

New Zealand beat New Caledonia 1-nil in the semi-finals and will play hosts Papua New Guinea in the final on Saturday evening.