Team New Zealand is preparing for a new challenge when they contest the six round of the America's Cup World Series in Chicago this weekend.

Located on the shoreline of Lake Michigan the event will be the first time an America's Cup event has been sailed in fresh water. 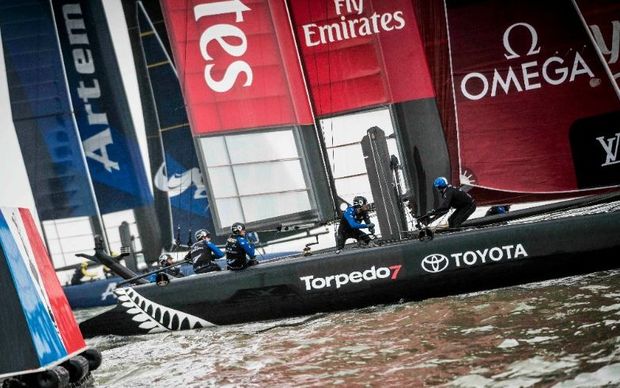 "It's an interesting element and a bit of a novelty to be sailing in fresh water." said skipper Glenn Ashby.

"Technically, sailing in fresh water as opposed to salt water won't change the way we sail the boat too much," he said.

"The bigger consideration with this regatta will again be how shifty and puffy it could be if the wind is blowing through the skyline again like we saw in New York but also just how restricted and tight the race course is in Chicago."

Ashby is referring to the race track, a tight course confined between the famous Navy Pier and the outer harbour breakwater.

"We are literally confined between a rock wall and the city water front", helmsman Peter Burling explained.

"So all of the action is going to be really really tight which means it will be even more difficult than usual to pass boats, which therefore means getting good, clean starts and rounding the first mark in front is going to be paramount to having a successful regatta."

Emirates Team New Zealand sit at the top of the standing after five rounds with Oracle Team USA second and Great Britain third.