New Caledonia inflicted a 2-nil loss on New Zealand at the same stage of this tournament in 2012, meaning the All Whites missed out on qualifying for the Confederations Cup and lucrative pay day of a $1 million which came with qualification.

"We owe them for what happened four years ago," said striker Jeremy Brockie. 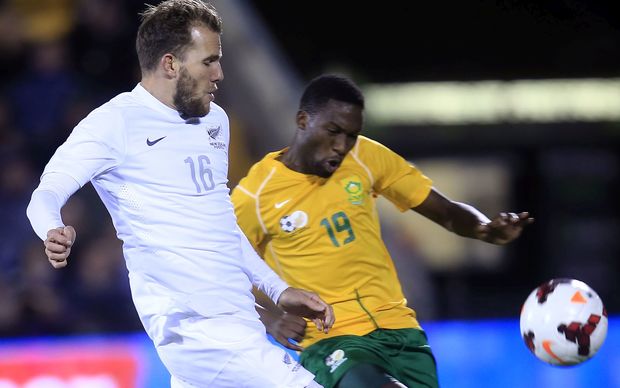 "But I think this team is much better prepared and we're looking forward to the game."

The All Whites go into the semi-finals having won all three group games.

The 28-year-old Brockie wasn't included in the original squad but received a belated invitation after an injury to Shane Smeltz.

He arrives in Port Moresby having helped his South African side SuperSport United win the Nedbank Cup - the South African equivalent of England's FA Cup.

"To win that was a nice way to finish the season and I managed to get a couple of personal accolades as well," he said.

"I finished as the top scorer in South Africa across all competitions and also got the Nedbank Cup player of the tournament which was very pleasing. But the main thing was that I got to earn my first piece of silverware and hopefully there's more to come."

Brockie said New Caledonia will be a tougher proposition than the matches they've had previously.

"They're a little bit different to some of the other island nations that we've come up against in the group stage.

They're more physical and structurally are a bit more set up, they play with a bit more patience," said Brockie.