Spanish Moto2 rider Luis Salom has died after a crash during the second free practice session for the Catalunya Grand Prix at Barcelona. 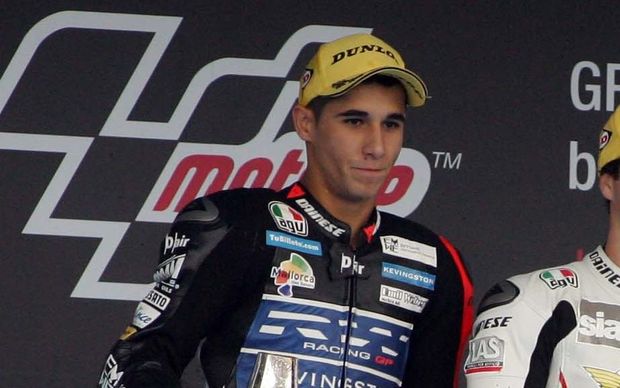 The 24-year-old Mallorcan fell at Turn 12 at the Circuit de Barcelona-Catalunya and was treated by medics before being taken by road to hospital where he underwent surgery.

"It is with great sadness that we have to report the passing of Luis Salom," a statement on the MotoGP website said.

"He underwent surgery, but despite the best efforts of the trauma team, he passed away at 1655pm local time."

Salom made his world championship 125cc debut in 2009 as a wildcard at the Spanish Grand Prix and claimed his first career victory at Indianapolis in 2012.

He joined the Red Bull KTM Ajo team in 2013, winning four of the opening eight races, eventually finishing third in the championship -- his best season.

This year he moved to the SAG team, finishing second in the opening round in Qatar.