The New Zealand women's hockey team will face Australia in the final of the four-nation tournament in Darwin. 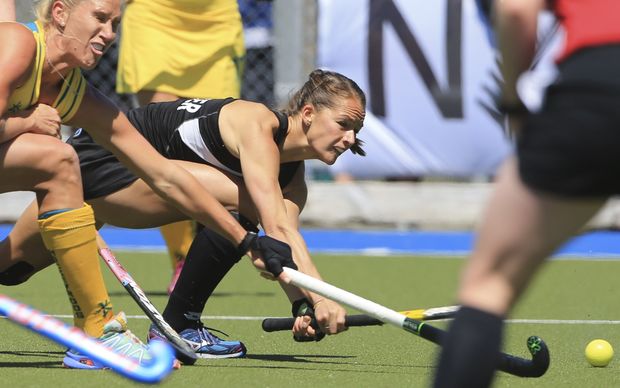 The Black Sticks beat Japan 2-1 in their final game of round robin.

New Zealand scored goals either side of halftime through Kelsey Smith and Petrea Webster, while Maki Sakaguchi delivered Japan's only goal two minutes from fulltime.

The result ensures the Black Sticks will play the Hockeyroos in tonight's gold medal match.

Head coach Mark Hager said it was pleasing to come away with the desired result which sets up a chance to win the series.

"It wasn't pretty tonight, we were a bit scrappy but did enough and were able to contain a Japan side which pushed us hard," he said.

"They put us under a lot of pressure which was valuable in highlighting some things we need to work on going forward.

"Playing Australia in the final will be another high quality game for us and a chance for players who are vying for Olympic selection to step up and prove themselves."

Capital's Kelsey Smith opened the scoring in the 28th minute with a terrific baseline run which saw her collect her own deflection and flick into the goal on the reverse stick.

The Black Sticks carried their momentum into the second half and doubled the lead when Petrea Webster showed composure to collect a loose ball and fire home in the 34th minute.

The Kiwis continued to create chances throughout the game but couldn't put any further goals into the back of Japan's net.

Maki Sakaguchi pulled one back from a well-executed penalty corner variation two minutes from fulltime but the Black Sticks held firm in defence to take the win.

Australia remained unbeaten in the tournament after beating India 2-1.

The International Hockey Open is part of New Zealand's build up for the Champions Trophy in London later this month and the Rio Olympic Games in August.