Manly's week has gone from bad to worse, falling 30-18 to Canberra and losing half-back Daly Cherry-Evans to injury, capping two days of speculation about the NRL club's integrity. 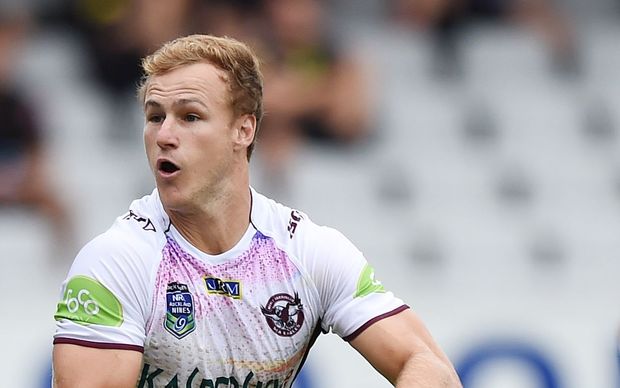 On Thursday, the Organised Crime Squad announced it was looking into allegations of match-fixing in the NRL, with two Manly Sea Eagles games from the 2015 season under investigation.

Yesterday Manly released a statement saying the club felt its reputation had been "unfairly tarnished" and would have no doubt loved to have put the focus back on football with an impressive win over the Raiders.

Cherry-Evans put them on the front foot when his fancy footwork carried him through the middle of the defence to score in the fifth minute.

But Raiders winger Brenko Lee answered back and Cherry-Evans' night took a sharp turn towards unhappy not long after, when he went down awkwardly in a Josh Papalii cover tackle.

He struggled back to his feet and took a few laboured steps towards the trainer as replays showed his left ankle had been crushed between Papalii's sizable frame and the Canberra turf.

To Cherry-Evans' credit, he got back to his feet and, with strapping over his boot, finished the half.

But coach Trent Barrett may have wished he had taken his playmaker out of the game, as Raiders hooker Josh Hodgson darted through a gap created partly by the hobbled Cherry-Evans to give the Raiders a 12-6 half-time lead.

Cherry-Evans did not return to the field after the break, nor did prop Brenton Lawrence (pectoral), and the Raiders took full advantage as they extended the lead through Englishman Elliott Whitehead on 44 minutes.

Tries to Jack Wighton and Papalii followed and the Manly injury toll continued to grow, with Jamie Lyon, Lewis Brown, Jamie Buhrer and Nate Myles all spending time in the hands of trainers.

Manly hookers Matt Parcell and Apisai Koroisau both touched down late to make things interesting, but a brilliant try-saver by Wighton on the lightning-fast Tom Trbojevic kept it from getting any more interesting.