The New Zealand motorcyclist Bruce Anstey came off his bike in today's practice for the Isle of Man TT. 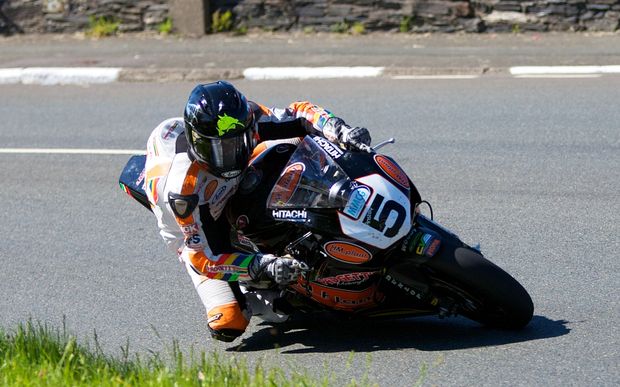 Anstey, a 10-time TT winner, came off his Honda Superbike machine at Keppel Gate, but walked away with a suspected minor ankle injury.

It's unsure if he'll be fit to race this weekend.

Keppel Gate is a left-hander that marks the start of the steep descent off the mountain towards the finish line in Douglas.

Anstey was riding his regular bike, not the one that is based on the MotoGP machine that he has also been trialling this week.

The final qualifying session is scheduled for tomorrow, with the first race, the Superbikes, due to race on Saturday night.

Anstey, a British-based former Wellingtonian, has been riding the TT since 1996 and won his first race in 2002.