The dream is over for New Zealand basketballer Steven Adams with his Oklahoma City Thunder failing to reach the NBA finals, beaten 96-88 in game seven of the Western Conference series decider.

Golden State, the reigning NBA champions, will now play the Cleveland Cavaliers in the NBA finals. 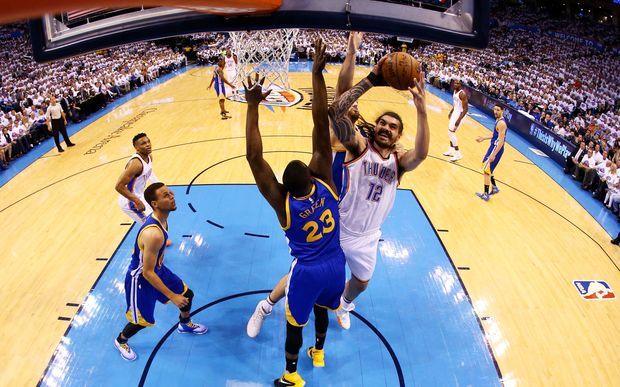 Oklahoma City made the better start leading 48-42 at halftime but a third quarter turn around saw Golden State Warriors gain the lead, which they never relinquished.

Oklahoma coach Billy Donovan says the experience the likes of 22 year old Steven Adams has gained over the play offs will be invaluable come 2017.

"As a coach you want to see your team evolve and get better and you want to see individual players evolve and improve... I thought Steven in the first quarter- we got the ball inside a lot around the back and to the basket and I think as he grows and gets better those are plays that he will finish and make."

Look back at RNZ's live coverage of the game.

The first game of the NBA finals will be in Cleveland on Saturday.