The New Zealand women's sevens team have been beaten 14-5 by Australia in this morning's Cup semi-finals at the final round in Clermont. 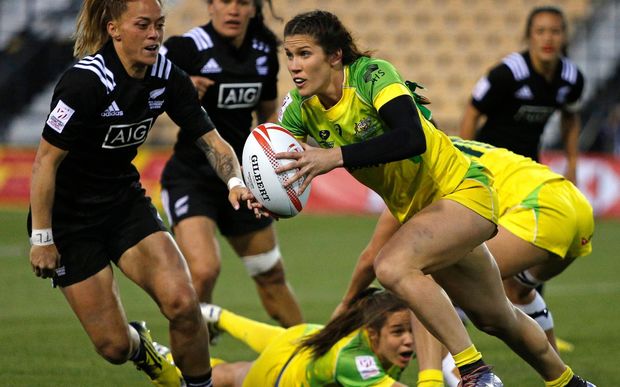 Australia were upset by Canada in the final, but wrapped up their first overall World Series title.

New Zealand beat England in the third place playoff to finish second in the overall standings.

The last time New Zealand beat Australia was in February last year and coach Sean Horan said they were disappointed a win over their trans-Tasman rivals eluded them again today.

"We wanted to really get some confidence and come away with a win and two turnovers and it didn't happen and that's the brutal nature of sevens. You lose one game and you're out and that's something that we've got to take hold of and really prepare a lot better if we're going to go to Rio and ideally get what we want to get out of Rio."

Horan said Australia did not have it all their own way.

"You know we played a lot of rugby. I think we started to fatigue them quite a bit around the physical side of the game. I think they'll be walking away going 'okay we've got to sort a couple of things out as well' as we do."

New Zealand failed to win a single tournament this season.

Australia is just the second team to win the Women's Sevens World Series with New Zealand having won the previous three.

The Pearls will head to the Rio Olympics as the competition favourites.