The Rotorua born rugby player, Teimana Harrison, has been picked to play for England in Monday's Test against Wales. 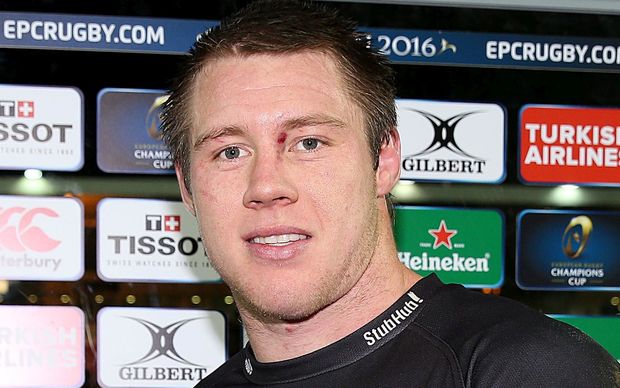 England coach Eddie Jones said he's ready to unleash a "streetfighter" and one of his bowling balls, while a third forward of rich promise has been ordered to bloody himself for the cause.

Harrison has been picked at blindside flanker in place of Chris Robshaw, who misses the Twickenham Test in order to attend his brother's wedding, prop Ellis Genge could win his first cap off the bench and Jack Clifford is given his maiden start at number eight.

All three will head to Australia for next month's three-Test series motivated by a promise from Jones that if they excel against Wales, more caps await Down Under.

"Teimana is a kid from a poor family in Rotorua, New Zealand. He came to England with nothing and got a run in the academy at Northampton where he was playing for STG6,000 ($A12,200) a year," head coach Jones said.

"He's a streetfighter. Rugby is the most physical game in the world and you need guys who are prepared to put their bodies on the line and be physically aggressive.

"Harrison has done well. And the two young props Genge and Kyle Sinckler.....I love them! They're going to be good those two boys.

"They're like two bowling balls - they're going to bowl some people over in the next five to six years. They're hungry and they want to be part of it."

Clifford has won all five of his previous caps as a replacement during the RBS 6 Nations and profits from Billy Vunipola's involvement in the Aviva Premiership final with Saracens.

"Jack has got everything in place. He's got athletic ability and pretty reasonable rugby sense," Jones said.

"What we need to see on Sunday is that hunger to really want to play for England. To give everything he's got - to come off the field with blood dripping off his face like James Haskell does every week.

"Now if we see that he's going to be a long term player for England because he's got it all."