The Oklahoma City Thunder (OKC) are looking to claim their place in the NBA basketball finals today. 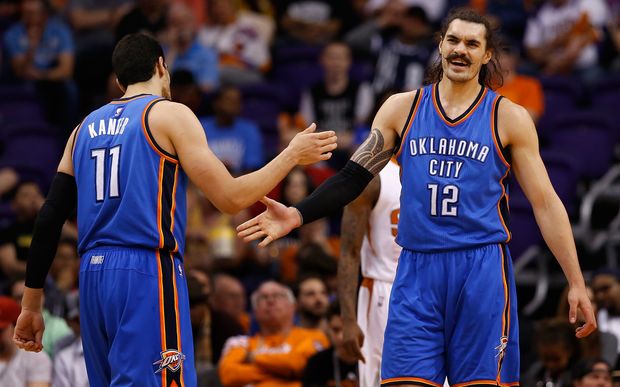 Follow RNZ's live-blog of the match from 1pm here on RNZ.CO. NZ.

The seven-foot New Zealander has been a revelation for the Thunder this series and has even caught the attention of basketball scribes in the UK following his efforts against Golden State.

The Thunder are 3-1 up over the defending champion Gold State Warriors in the Western Conference Finals series with today's fifth game in Oakland.

Oklahoma managed to win one of their two games the last time they were in Oakland at the start of the series.

They last made the NBA Finals in 2012 when they lost to the Miami Heat.

Meanwhile the defending champions' "Splash Brothers", Steph Curry and Klay Thompson, have only been able to break the Thunder's defence once this series in game two and will be counting on home court advantage to keep the series alive.