A dominant Rafa Nada reached one career milestone but the nature of the Spaniard's passage through the early rounds of the French Open suggests his eyes are fixed firmly on another more significant landmark. 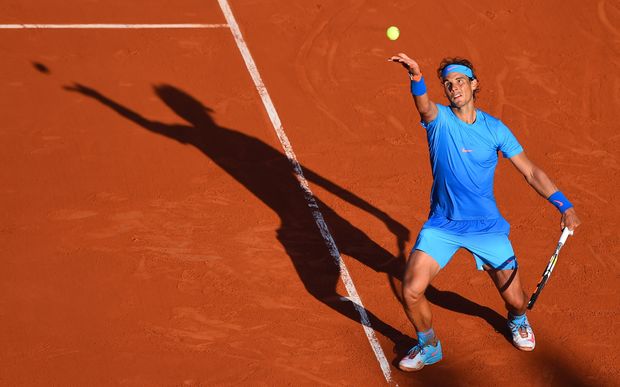 Rafa Nadal goes into his Roland Garros match against Novak Djokovic in the unusual position of being labelled the underdog. Photo: Photosport

The world number five, seeded four at the tournament he once owned, destroyed Argentina's Facundo Bagnis 6-3 6-0 6-3 to reach the third round with the loss of only nine games, chalking up a 200th match victory in grand slams.

"That's only another number and that's it," Nadal, who would become the only man to win the same grand slam 10 times in the professional era if he triumphs this year, told reporters.

"I know I have to play at a very high level in order to go deep. That's my sole objective, my only reality."

It was his first appearance on Court Philippe Chatrier, where he has sunk his teeth into La Coupe des Mousquetaires nine times, since being humbled by Novak Djokovic in a one-sided quarter-final last year.

World number one Djokovic, who dispatched Belgian qualifier Steve Darcis 7-5 6-3 6-4, will be a formidable obstacle again.

Djokovic, who has a burning desire to claim the only grand slam title to elude him, was, however, critical of his performance against a player nicknamed The Shark.

"There were things that I definitely didn't like in my game today. Too many unforced errors," Djokovic, who next plays Slovenian-born Briton Aljaz Bedene, told reporters. 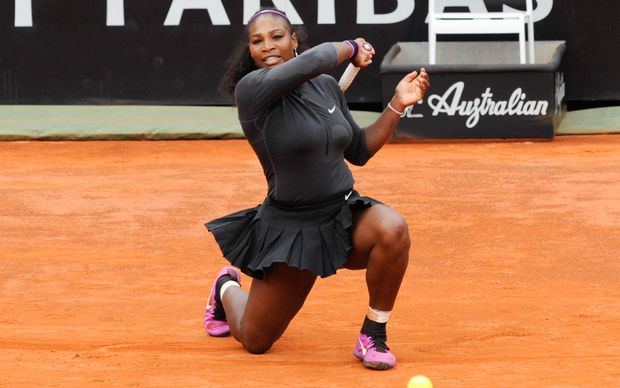 Serena beat Brazil's Teliana Pereira 6-2 6-1 before ninth seed Venus produced the same result against fellow American Louisa Chirico to reach the third round for the first time since 2010.

With Maria Sharapova suspended, pending the outcome of a doping hearing, and several leading seeds knocked out early, Serena looms as the overwhelming favourite to claim a fourth title in the French capital.

But others will have something to say about that.

Former champion Ana Ivanovic is a possible last-16 opponent and the Serbian 14th seed looked in good form as she belted 22 forehand winners in a 7-5 6-1 defeat of Japan's Kurumi Nara.

Only one women's seed fell today, number 28 Andrea Petkovic who was beaten by Kazakh Yulia Putintseva.

Five Frenchmen set out to reach the third round on day five but only one succeeded in joining the three already there.

Jo-Wilfried Tsonga, seeded six, did so to the delight of a noisy crowd, although he did it the hard way, coming from two sets down to beat mercurial Cypriot Marcos Baghdatis 6-7(6) 3-6 6-3 6-2 6-2 and notch a 100th grand slam win.

Sitak and Nicholas Monroe of the United States beat a Russian-Argentinian combination in three sets.

They'll play the 9th seeds in the second round, while Daniell and his partner will play the 11th seeds.