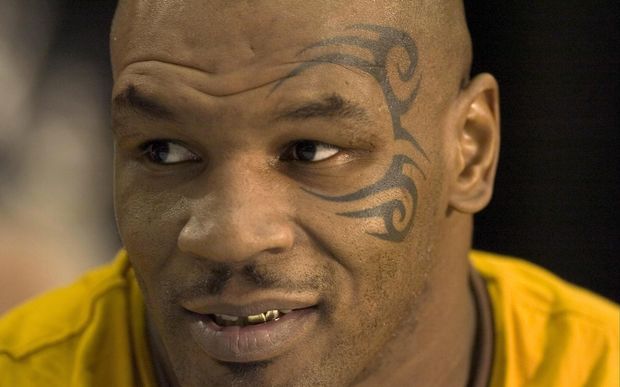 Professional boxers would feature at the Olympic games as long as a constitutional change went through in June, the AIBA said earlier this year.

Former world heavyweight champion Tyson, who as an amateur won gold at the 1981 and 1982 Junior Olympic Games, said professional boxers would be stunned by the fast-paced fighting style of the amateur fighters.

"It's ridiculous, it's foolish, and some of the pro fighters are going to get beat by the amateurs. It's just going to happen, I really believe that," the 49-year-old told Reuters TV in China, where he is attending the 33rd IBF convention.

"If they are like the amateur fighters that I was fighting in the 80s... they are going to beat some of the champions. It's just going to happen. These guys will be fast for three or four rounds, and these guys are not going to be accustomed to that."

Tyson, who is the youngest boxer to win the WBC, WBA and IBF heavyweight titles, also revealed he was a fan of his namesake, Tyson Fury, and was impressed by the Briton's victory over Wladimir Klitschko last year.

Fury caused a huge boxing upset in beating Klitschko by unanimous decision in November and inflicted the 40-year-old Ukrainian with his first loss in 11 years.

Fury is set to defend his WBA Super and WBO heavyweight crowns in a rematch with Klitschko in Manchester in July but has courted controversy with his comments outside the ring.

Tyson, who is no stranger to controversy himself, sees nothing wrong with Fury's actions.

"One guy, Tyson Fury, I like to watch him because he has my name and stuff," Tyson said. "Everybody says 'ah, he's a bum', but I like him."

"He (beat Klitschko), so what are you going to say? That this guy is still a bum but he beat the greatest fighter in the last 15 years?"