Parramatta NRL star Corey Norman has been charged with drug offences following an investigation into MDMA capsules allegedly seized from the player at Sydney's The Star casino. 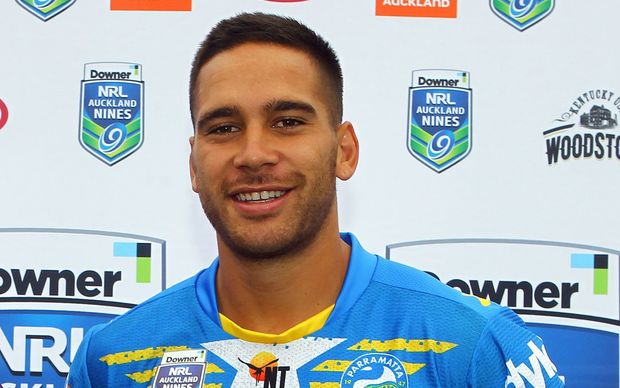 Norman was with a group of men who were stopped outside the entrance of the casino late on Friday night for a security check.

On Wednesday evening, Parramatta released a statement saying the Eels were aware of a court attendance notice being issued to Norman.

"Clearly, this is a serious development that will now be factored into the club's ongoing investigation," Eels director Geoff Gerard said.

"The club will continue to work closely with the NRL and relevant authorities throughout this process.

"In accordance to the values of this football club, we will offer Corey the presumption of innocence and the opportunity to respond to the charges contained in today's notice.

"Importantly, we will continue to offer Corey all of the support and welfare resources available to everyone in the Eels' family," Gerard said.

NRL CEO Todd Greenberg told the Nine Network on Wednesday night that Norman would be free to play on Monday against the Knights in Newcastle, but the charges he faced were clearly very serious.

"But again, we've learnt over the years that these are charges, first and foremost, and they'll be given the respect they are, but Corey now needs to make some decisions for himself.

"I think we've been pretty clear about players having their right and their day in court so, as that unfolds, he will continue to play," Greenberg said.