New Zealand single sculler Emma Twigg has qualified for the Rio Olympics at the last chance qualifying regatta in Lucerne.

After a year out of international competition, the 2014 world champion again demonstrated her form, this time under the pressure of Olympic qualification. 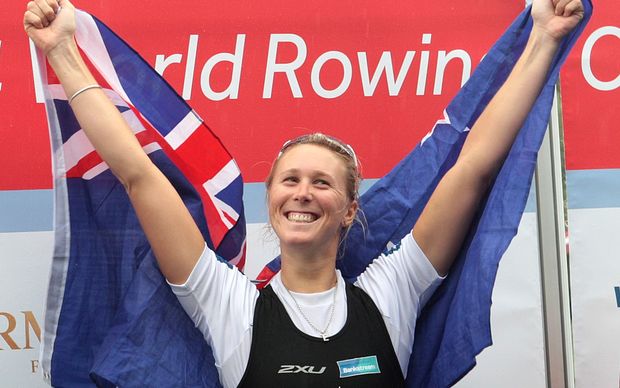 Twigg needed a top-four finish - and made sure of it by winning the final at the last chance regatta.

She took the lead at the half way mark and showed her superior boat speed to win comfortably in a time of 7:21.87 ahead of Ireland, Belarus and Denmark who also qualified for August's Rio Games.

But there was disappointment for four other New Zealand boats seeking to join her in Rio.

The men's four of Anthony Allen, Patrick McInnes, Axel Dickinson and Drikus Conradie worked their way from the back of the field to finish third - one place outside Olympics qualifying.

Brooke Donoghue, Lucy Spoors, Georgia Perry and Sarah Gray in the women's quad also missed out by one place, finishing third behind Ukraine and China.

John Storey, George Bridgewater, Nathan Flannery and Jade Uru moved from fourth to third in the men's quad, chasing frontrunners Russia and Canada. They challenged Canada in the final quarter of the race but were unable to match their speed in the final sprint and finished third, missing Olympic qualification.

In the men's lightweight double, Adam Ling and Toby Cunliffe-Steel were unable to handle the fast pace and finished sixth in their event.

The Final Olympic Qualification Regatta was first run in 1996.

New Zealand has already qualified 31 athletes across 33 seats in nine boat classes for the Rio 2016 Olympic Games at the 2015 World Rowing Championships.

At the London Olympic Games New Zealand fielded a rowing team of 26 athletes across 11 boat classes.

This weekend the New Zealand team will compete at a World Cup event in Lucerne.