The Golden State Warriors basketballer Draymond Green will not be suspended for his kick to the groin of Oklahoma City's New Zealand centre Steven Adams.

The incident happened during yesterday's game three of the Western Conference Finals series in Oklahoma, in the United States, that saw Oklahoma trounce Golden State 133-105.

Adams slumped to the ground after the contact when forward Green was driving to the basket.

Green said he did not intend to kick Adams, while the Kiwi was among numerous Thunder players who said they believed the low blow was intentional. 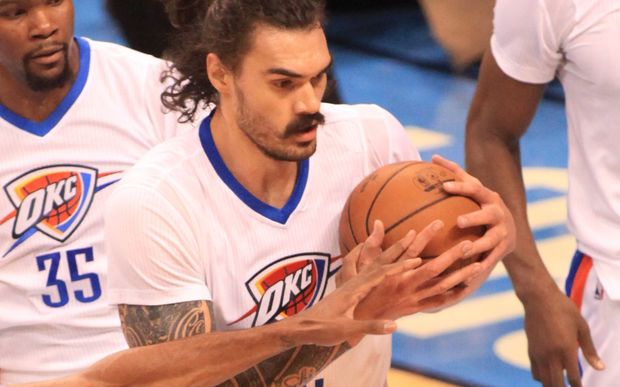 Green will be free to play in game four in Oklahoma tomorrow, which is good for the Warriors who trail 2-1 in the series.

The NBA has upgraded the flagrant foul and Green will be fined.