The Manawatu golfer Tim Wilkinson has finished tied for fourth at the Byron Nelson Classic in Texas. 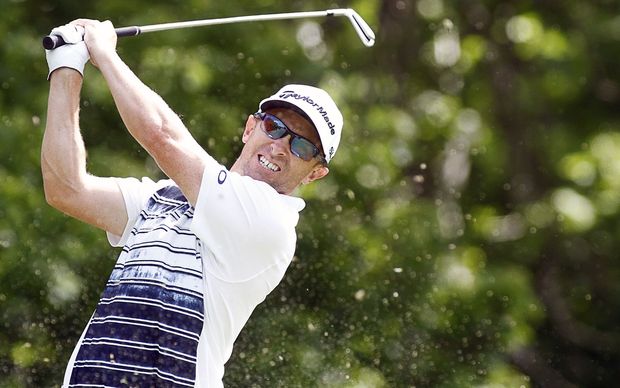 Wilkinson fired a final round 2 under par 68 to finish two shots behind Sergio Garcia who won in a play-off.

Wilkinson got as high as second during his final round.

His fourth place finish is his best result so far this year and he picks up 390 thousand dollars.

Meanwhile Garcia's win matches the late Seve Ballesteros for most career victories by a Spaniard on the PGA Tour.

Garcia collected his ninth tour victory when he edged American Brooks Koepka in a playoff at the TPC Four Seasons in Irving.

"I won a bit a la Seve today. I wasn't really on," Garcia said in a greenside interview after finding two water hazards in the final round but still coming through to win.

Garcia carded a closing 68, while Koepka shot 71. They finished at 15-under 265, one stroke ahead of American Matt Kuchar.