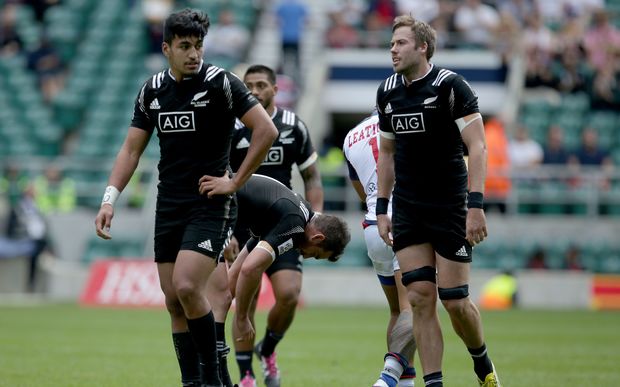 The New Zealanders finished third in the World Series following the completion of the final round in London this morning.

The All Black Sevens were thumped by the United States in the Cup quarter-finals, but went on to win the Plate.

Scotland won their first ever tournament beating South Africa in the London final.

Tietjens was again without some key players as Sonny Bill Williams injured his ankle early in the quarter-final, while another five players are back in New Zealand trying to overcome injuries in time for selection for Rio.

Tietjens said "it's been a challenging season, especially with the huge number of injuries we've had and so finishing third in the world series is not all bad."

"It's been a really competitive season with six different winners this year which proves that globally the game is growing and has become more competitive."

New Zealand won three titles, the same number as Fiji, but had a number of tournaments where they picked up just 10 points.

"You've got to learn from your losses and I'm sure that the way we bounced back after the USA loss to beat England and then Argentina in the Plate final, says that we have got the character to bounce back, but to be good and to look at winning any medal at the Olympic Games is going to be about consistency."

Tietjens will hold a final Olympic trial back in New Zealand in a couple of weeks.

"We've got about 10 weeks now to put some really hard work in, there are a lot of technical areas we need to work on, we're still looking at getting our guys conditioning to the levels that they need to be at."

"It's fair to say that some of our fifteen's guys aren't yet sevens fit, so when that happens we'll be a different team I'm sure."