The New Zealand paddler Lisa Carrington has finished second in the final of the K1 500 at the opening Canoe Sprint World Cup of the season in Germany. 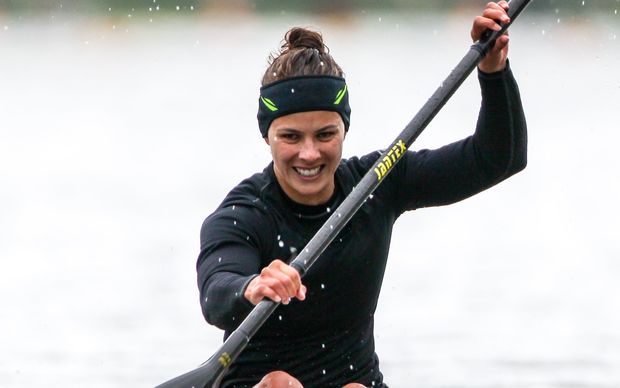 New Zealand's top female kayakers gave a tantalising glimpse of their Olympic potential with a three-medal haul at the event.

World and Olympic champion Lisa Carrington added a K1 500m silver to the gold she won in the K1 200m a day earlier, while rising quartet Jaimee Lovett, Caitlin Ryan, Aimee Fisher and Kayla Imrie picked up bronze in the non-Olympic K4 200m in a strong finish to the event.

The New Zealander was 1.125secs behind, with 2008 Olympic champion Inna Osipenko-Rodomska (Azerbaijan) third a further 0.072secs back after leading the field out.

"I'm racing the best paddlers in the world and the quality is extremely high - it's such a great opportunity to be able to race and practice against these girls here," Carrington said. "I stuck to my race plan and did what I needed to do and what I could do. It's nice to get that one done and figure out what we can work on."

Kozák, 29, spent much of last year paddling in crew boats, helping Hungary win world championship gold in the K2 and silver in the K4 in Milan. She is likely to compete in all three 500m events in Rio, in K1, K2 and K4.

Carrington will get another chance to test herself at the third World Cup of the season in Portugal in a fortnight and, with fellow Kiwi Marty McDowell, will head back to Berlin to train for the next 10 days.

Bronze was a fitting reward for the New Zealand K4 boat, meanwhile, after showcasing their dramatic improvement in the past 12 months. Lovett, Ryan, Fisher and Imrie again made a strong start to their Olympic K4 500m final and were right in the mix in the final stages, finishing fifth in 1:33.801. That put them just 1.032s off a podium spot, with Ukraine winning in 1:32.046 ahead of world champions Belarus and third-placed Poland.

They backed up later in the day with bronze in the shorter distance, with Belarus reversing the 500m result by pipping Ukraine.

"We're really stoked with our races and how things are going," Ryan explained. "We know we've got time until Rio so we just wanted to see if we could give the start a really good crack, pushing it out to the 150m mark and trying to stay with Belarus, which we were able to do."

The K4 will race the second World Cup in the Czech Republic next weekend, hoping to continue their progress.

"We'll be focusing on the end of the race up to Rio and staying strong as a team but it's all coming together well. We're definitely on track and we've got time and we're patient - we're really excited."