The Maori All Blacks will play against London's Harlequins in their third and last game confirmed for their tour that heads to Chicago, Ireland and England in November. 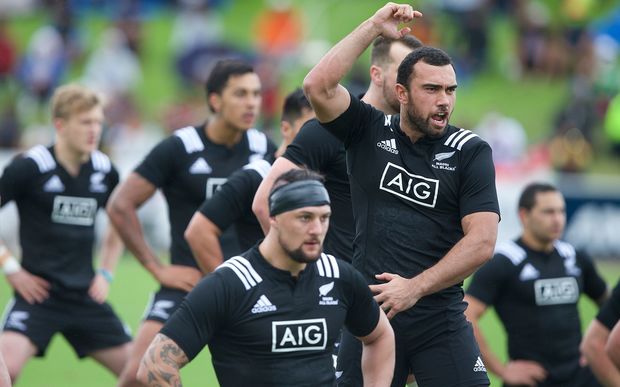 New Zealand Rugby has confirmed the Maori All Blacks full 2016 programme which takes on the USA Eagles in Chicago, USA, Munster in Ireland and the Harlequins in London.

The Maori All Blacks open their tour in Chicago, facing the USA Eagles at Toyota Park on Friday 4 November in an historic double header "Rugby Weekend" with the All Blacks playing Ireland at Chicago's famous Soldier Field stadium the following day.

They then play Munster at Thomond Park in Limerick on Friday 11 November, followed by Harlequins at the Twickenham Stoop in London on Wednesday 16 November.

Maori Rugby Board Chairman Wayne Peters said the confirmed programme provided a wonderful opportunity for rugby fans on both sides of the Atlantic to enjoy the style of rugby for which the Maori All Blacks are renowned.

"The Maori All Blacks are an important part of New Zealand Rugby's high performance strategy - and when they play on the international stage it is an opportunity to press for other honours.

"This is a fantastic tour for players and for fans in the USA, Ireland and UK. We're delighted to be taking the Maori All Blacks on what will be a challenging and exciting campaign.

"We're incredibly proud of this team and their ability to take their culture and style of rugby to the world. They're a special team that is popular anywhere they travel and they're always exciting to watch."

Harlequins Chief Executive David Ellis, said: "In July 2016 Harlequins will become 150 years old and this match against the Maori All Blacks will form an integral part of our year- long celebrations.

"The two sides previously met in 1926 and I'm sure this match will be very popular among our supporters.

"Like Harlequins, the Maori All Blacks have a proud culture and heritage and we are looking forward to hosting them at The Stoop in November."

The Maori All Blacks last played in the United Kingdom in 2012 taking on Leicester Tigers and a RFU Championship XV.