The 2016 Super Rugby season will be the last for former All Black halfback Andy Ellis. 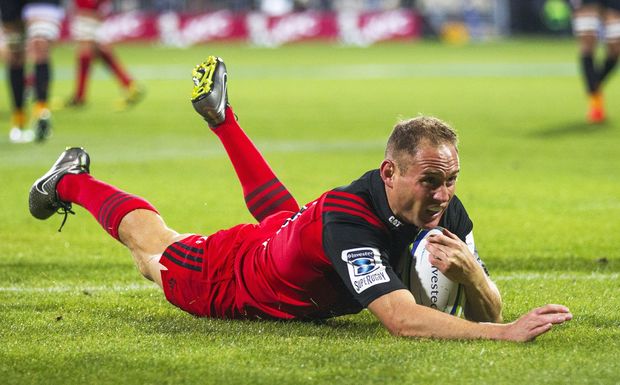 The Crusaders No.9, who is set to play his 150th Super Rugby game this weekend, has announced he'll be leaving New Zealand at the end of the season to play in Japan.

Ellis joined the Crusaders in 2006 after debuting for Canterbury in the domestic competition the previous year.

He made his first All Blacks appearance later that same year.

Ellis said he'd loved every minute in the red and black jersey.

"I love this team as much now as I did when I was growing up dreaming of one day making it this far. It has been a privilege and an honour to represent the Crusaders for the past 10 years and, to be honest, I don't really want it to end.

But I have thought my decision through carefully and it is really important to me that I finish on a high and while I am still loving it, so I know this is the right thing for me to do. I will give absolutely everything I've got to this team for the rest of the 2016 season and then leave here with no regrets."

The Crusaders head coach Todd Blackadder said Ellis would leave a big hole in the team when he goes.

"Andy has such enormous character and such boundless energy that he makes a huge impact on those around him. He has been an important leader in this group for a number of years now and has really helped to shape this team. We have been lucky to have a player of his calibre for 150 games and counting, and we will be very sorry to see him go.

"But there is no doubt he will leave a legacy here, particularly in the way he has helped to mentor and develop our younger players," Blackadder said.

Ellis will continue to play for the Kobelco Steelers club in Japan, which he joined in 2014.

Ellis will become just the third Crusader to play 150 games for team when they host the Waratahs this Friday night in Christchurch.