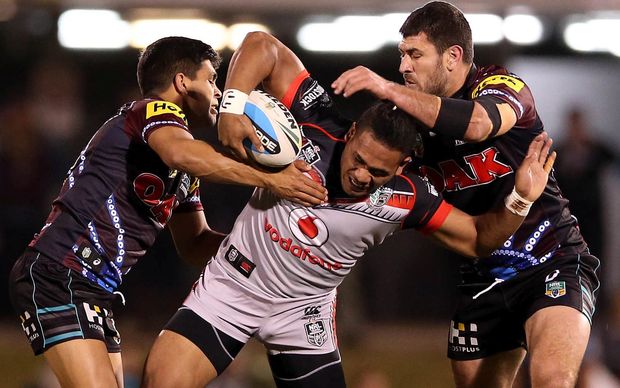 The Warriors led by four points at half-time in Christchurch, before Tyrone Peachey completed a hat-trick of tries in front of a sold out AMI Stadium.

The Warriors eventually lost 30-18 and McFadden said his team's errors let the Panthers back in the game.

"We had a crack but first half we gave away some soft points, and in the second half we had some soft errors and they were critical points in the game and you know the opposition took their opportunities so they deserved their win."

But Peachey's triple effort and tries to Penrith's Jamie Soward and Dallin Watene-Zelezniak handed the Warriors their 6th defeat in nine games this season.