While Bill Beaumont was sworn in as the new chairman, World Rugby confirmed the pool draw for Rugby World Cup 2019 will be held in May 2017. 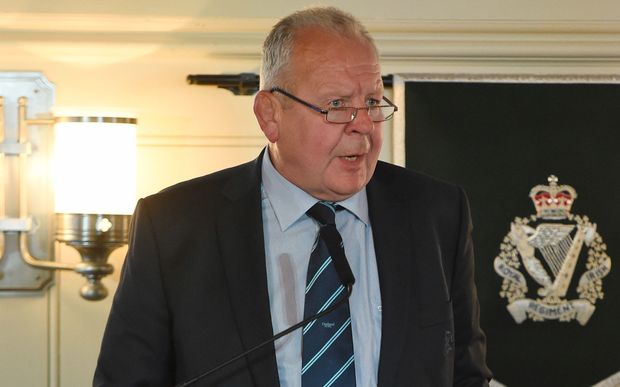 The game's global governing body appears to have settled on a compromise date aimed at appeasing all parties ahead of the crucial World Cup draw.

Japanese organisers had lobbied for the draw to take place in late 2016, keen to sell tickets for specific matches as soon as possible with the Olympics coming to the country in 2020.

Rugby's leading nations, however, were keen to push the draw as late as possible, to reduce the chances of another pool of death that contributed to England's group-stage elimination in 2015.

Former England and British and Irish Lions star Beaumont was unanimously elected as World Rugby's new chairman as expected in the governing body's board meeting in Dublin today.

Rugby Football Union and Six Nations chairman Beaumont was World Rugby vice-chairman from 2007 to 2012, and has also served on World Rugby's executive committee and the Rugby World Cup board.

Beaumont and Pichot's elevation came as World Rugby confirmed the pool draw for World Cup 2019 is now slated for May next year - eight months closer to the tournament than the draw for 2015.

England, Wales and Australia all fell into the toughest pool of World Cup history for the 2015 tournament, when the draw was made in December 2012.

Wales' slip to ninth in the world rankings after the November 2012 Tests allowed them to fall into the same pool as England and Australia.

Rugby's leading nations believe the later the draw is held the more accurately it can reflect the standard of the competing countries by the time the contest comes about.