Ben Matulino and Bodene Thompson have been recalled to the Warriors for this weekend's match against the Penrith Panthers following their suspension for mixing medication and energy drinks. 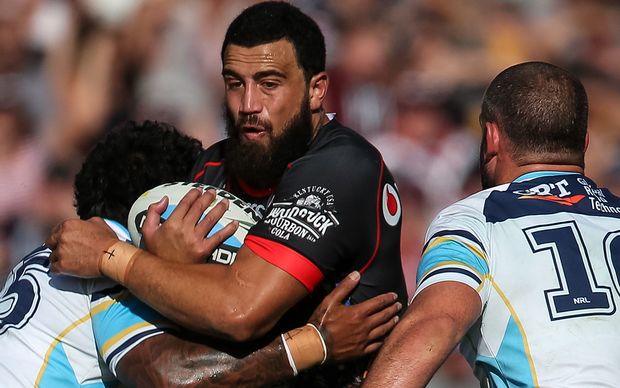 However, Manu Vatuvei, Sam Lisone and Albert Vete, who were also suspended for taking the concoction, haven't been recalled, despite rejoining the training squad.

Matulino is on the bench, Thompson in the second row.

Matulino and Thompson were among six players made unavailable for selection for the last outing against St George Illawarra while Lolohea (knee) and Leuluai (hamstring) will make their comebacks from one-match injury layoffs.

Lolohea started at fullback against Melbourne as Roger Tuivasa-Sheck's replacement. His return results in David Fusitu'a switching to the wing while Leuluai comes back to replace Jeff Robson, who partnered Shaun Johnson in the halves against the Dragons. 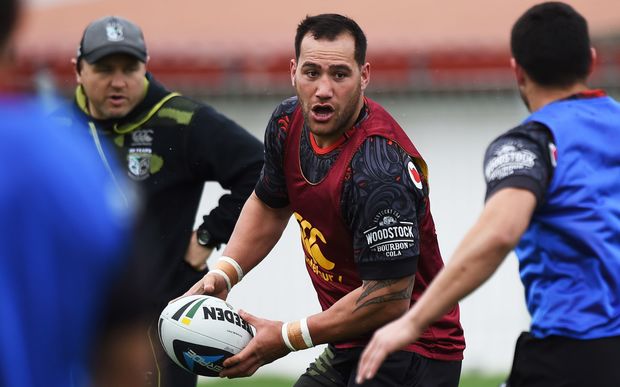 Thompson is the only change in the starting pack with head coach Andrew McFadden retaining Jazz Tevaga and James Gavet in the front row plus John Palavi at loose forward.

Former Canterbury-Bankstown back rower Shaun Lane, who made his club debut against the Dragons, moves to the bench alongside Matulino, Issac Luke, Charlie Gubb and Matt Allwood.

McFadden said Mannering was still recovering from an ugly facial wound he received against the Storm while Manu Vatuvei, who had been on medical leave, was being monitored after returning to training yesterday.

"Ben and Bodene, along with the four other players, have served their punishment for breaching team standards," said McFadden.

"All six have been reintegrated into the squad as we now focus fully on moving forward to prepare for what is a massive game for us against Penrith in Christchurch.

"We were thrilled with the way the new players brought in went against the Dragons. John Palavi, James Gavet and Jazz Tevaga all deserve the chance to start again.

"While David Fusitu'a was outstanding at fullback against the Dragons, we've identified Tui as the player to fill the role following Roger's injury so David goes to the wing."