The former Australian rugby league international Gorden Tallis has labelled Kiwis forward Adam Blair as one of the dirtiest players in the game.

The accusation from Tallis who was as an on field enforcer during his playing career with the Brisbane Broncos and the Kangaroos made the comment after Blair was was charged for a chicken wing tackle on his Brisbane teammate Sam Thaiday in the Kiwis test loss to Australia.

The former Broncos skipper also branded the New Zealand enforcer as "one of the dirtiest players" in the competition following his chicken wing tackle on Sam Thaiday during Friday's Test Match at Hunter Stadium.

Tallis also took a swipe at Broncos coach Wayne Bennett while blasting Blair, questioning how he could allow the prop to use dirty tactics while in a Broncos jersey. 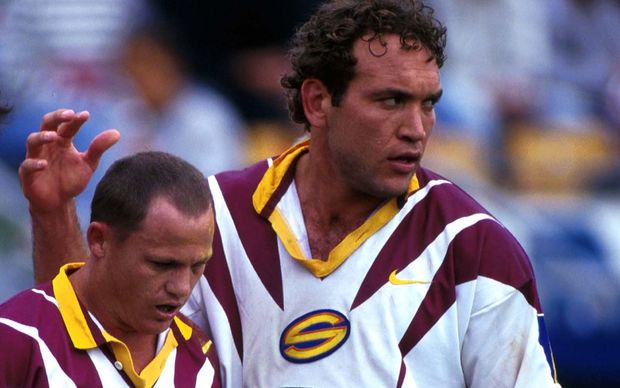 "He's one of the dirtiest players on the field," Tallis said.

"He means to do it. I think it's poor what he did. He hits blokes in the back when they pass.

"I don't know how Wayne Bennett keeps on letting it go because he used to chastise all his players for doing that.

"It's a tough game. It's a man's game. It's tough enough without getting hit in the back and twisted.

"I get disappointed that he wears the Broncos jersey and plays like that." 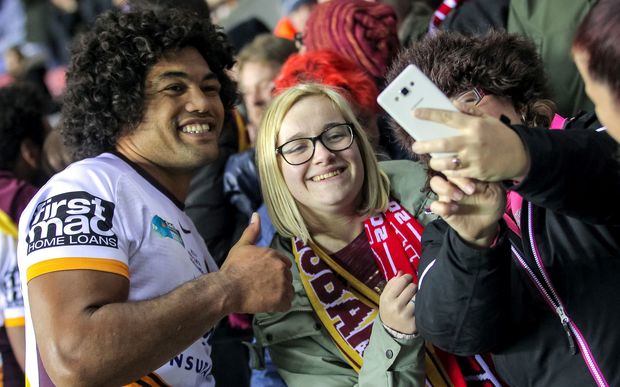 Blair is facing up to one week on the sideline with an early guilty plea after he was charged by the NRL match review committee for his foul play on Thaiday.

Former Australian Test halfback Brett Kimmorley questioned how Thaiday and Blair could remain friends once back in club land.

"You'd be wondering how they shake hands," Kimmorley said.

"It's a dog act. It was not very good from Adam Blair.

"You're not mates on the footy field but there's a line. You can tackle him hard but that's a chicken wing - that's a pretty ordinary act.

"If it is on a teammate, that's an even worse approach."