Sir Mark Todd is chuffed with his and his horse's performance despite missing out on a podium finish at the Badminton Horse Trials in Britain. 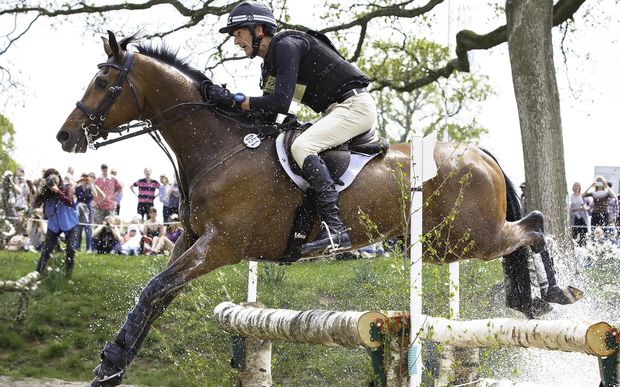 The event wrapped up this morning, with Todd, a double Olympic gold medallist and still a contender at 60 years old, fourth on Leonidas II and the best placed New Zealander.

World number one Michael Jung won to become the first German to take the title.

Jung proved unstoppable, winning aboard La Biosthetique Sam FBW, who's often described as one of the greatest horses ever.

They finished on their dressage score of 34.4 penalty points, giving the duo the Rolex Grand Slam as victors of Badminton, 2015 Burghley and 2016 Kentucky.

He is just the second rider to have achieved the three consecutive wins.

Todd and Leonidas II were clear in the showjumping to finish on their dressage score of 44.8.

"He felt amazing today," said Todd. "I don't think he has had a fence down in a three day, so that gives you confidence (coming into the final day). I was disappointed after the dressage but you have to put that behind you and the horse hasn't put a foot wrong since."

Johnstone's clear round aboard Balmoral Sensation will do much to pique the interest of the New Zealand eventing selectors, with him finishing on 45.6 in his first-ever Badminton start.

"My main goal here was to make a good statement to the selectors ahead of the Olympics and I feel we have done that," said Johnstone. "I am rapt with him. It has been a fantastic experience."

Price aboard Classic Moet and Paget on Clifton Lush each had a fence in the showjumping, but were both happy with the efforts of their horses.

Of the 46 starters in the showjumping this morning, 17 were clear and inside time including Todd, Johnstone and Tait.

It was a special day too with the official retirement of 2013 winner Clifton Promise. Paget took off his saddle for the last time and with owner Frances Stead put a Badminton cover on the horse.

"Promise means everything to me," said Paget. "He gave me my first wins at every level, took me to my first Olympics, won my first medal, and to World Champs where we finished seventh. We have travelled the world together and done all these big events over the past nine years."

Stead says it has been a "true privilege" to have owned such an exceptional horse.

"I fell in love with him when I first saw him as a three-year-old and love him even more now he is 18. I always knew he would be a champion but his generosity of nature has allowed him to achieve at an even higher level than I expected."

The horse will stay with Paget.

"I will take great pleasure in watching him in the paddock and riding him at home," said Paget.