The San Antonio Spurs beat the Oklahoma City Thunder 100-96 to take a 2-1 lead in the Western Conference NBA semi-final series. 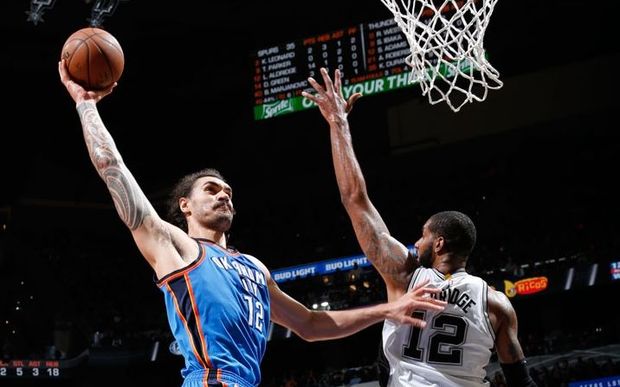 Kawhi Leonard scored 31 points, along with 11 rebounds and three assists to inspire the Spurs.

Meanwhile, the red-hot Cleveland Cavaliers have taken a 3-nil lead in the Eastern Conference playoff series after going past the Atlanta Hawks 121-108.

No NBA team has ever overcome a 0-3 deficit in a best-of-seven series. Game 4 is Sunday in Atlanta.

Irving finished with 24 points, James had 24 points, 13 rebounds and eight assists and Channing Frye came off the bench to hit seven 3-pointers.

Atlanta's Al Horford finished with 24 points and Kyle Korver came off the bench to add 18 points, including five 3-pointers for the Hawks, who led 91-85 heading into the fourth quarter.