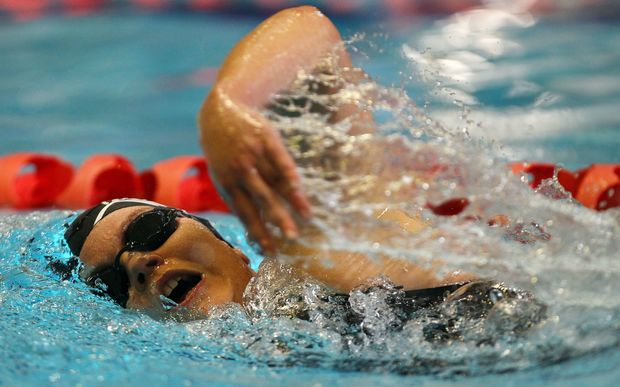 The trio will be joined by fellow London 2012 Paralympians, Nikita Howarth and Rebecca Dubber, along with two rising stars on the world stage, Bryall McPherson and Jesse Reynolds.

The swimmers are the second set of Para-Athletes to be announced to the New Zealand Team, following the Para-Sailors in March.

The New Zealand Team is aiming to win 18 medals, including 12 gold, across up to 8 Para-Sports and hopes to retain its London 2012 title of number one in the world, medals per capita.

Sophie Pascoe, winner of six gold medals and four silver across two Paralympic Games (London 2012 and Beijing 2008) will proudly wear the silver fern for the third time in Rio de Janeiro, as she hopes to cement her place in the history books as one of New Zealand's most successful Paralympians.

Mary Fisher, break-through Para-Swimmer at London 2012 with a stunning haul of a gold, two silver, a bronze and a world record, is officially listed as 'one to watch in Rio' by the International Paralympic Committee. Fisher will take to the water across multiple events in the vision impairment classification.

Cameron Leslie, gold medallist and World Record holder at Beijing 2008 and again at London 2012 will be competing at his third straight Paralympic Games. A veteran at only 26 years of age. Leslie will be looking to continue his outstanding performances against an increasingly competitive field in the individual medley.

The full Para-Swimming squad is: