Chelsea and Tottenham have been charged by the Football Association with three offences of failing to control their players and officials both during and after Tuesday morning's Premier League match.

Spurs midfielder Mousa Dembele has also been charged with an alleged act of violent conduct during the 2-2 draw.

The FA said Dembele's alleged eye-gouge on Diego Costa is more serious than a normal charge of violent conduct.

That means a three-game ban "is clearly insufficient" if he is found guilty.

There were 12 yellow cards during the match, which saw two mass brawls, as Tottenham's hopes of winning the Premier League were ended.

Spurs needed to beat Chelsea to retain hopes of winning the title but lost a two-goal lead, which meant Leicester were crowned champions for the first time in their history. 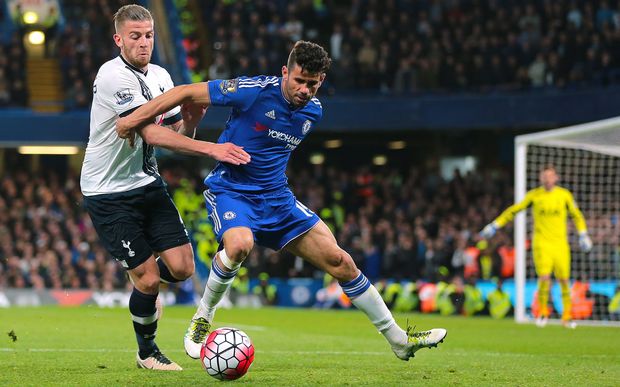 Tottenham boss Mauricio Pochettino stepped on to the pitch at one point to separate Spurs defender Danny Rose and Chelsea's Willian, and at full-time Rose was also involved in an incident that resulted in Blues boss Guus Hiddink being pushed to the floor.

Referee Mark Clattenburg did not punish Dembele for his actions but television replays appeared to show the Belgian putting his fingers in Costa's eye during a first-half skirmish.

An FA statement said: "Off-the-ball incidents which are not seen at the time by the match officials are referred to a panel of three former elite referees.

"Each referee panel member will review the video footage independently of one another to determine whether they consider it a sending-off offence.

"For retrospective action to be taken, and an FA charge to follow, the decision of the panel must be unanimous," he said.