The Olympic flame arrived in Brazil's capital Brasilia where it will start a three-month relay through more than 300 towns and cities that will end with the opening of the 2016 Games in Rio on August 5th. 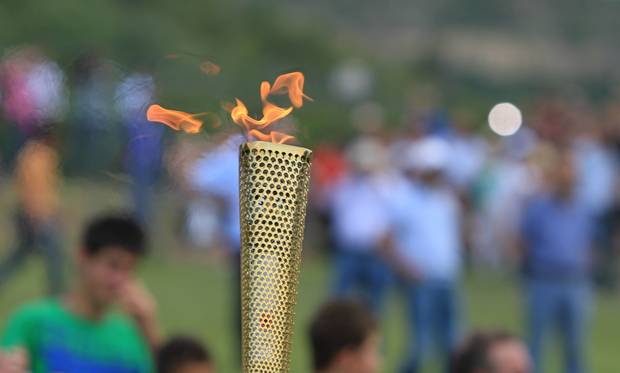 President Dilma Rousseff, who is facing impeachment proceedings in Congress, attended the lighting of the Olympic torch at the presidential palace, though she will likely be removed from office before the opening ceremony in Rio.

The Olympic flame, burning inside four lamps, arrived in Brasilia aboard a TAM jetliner that was escorted by two Brazilian Air Force fighters.

Some 12,000 torch bearers will carry the flame for the first Olympic Games held in South America.

In Brasilia, they will include a refugee from the Syrian civil war, 12-year-old Hanan Daqqah, who arrived in Brazil with her family in 2015.

While torch bearers take the flame around Brasilia today, a senate committee will be debating whether to put Rousseff on trial on charges of breaking budget laws, filed by the lower house of Congress two weeks ago.

Rousseff is likely to be suspended next week when the Senate votes on opening the impeachment trial. Vice President Michel Temer would replace her during a trial of up to 180 days, and guide the country to elections in 2018 if she is removed from office.