England's Mark Selby held his nerve in a ruthless display to beat China's Ding Junhui 18-14 and win the world snooker championship for the second time. 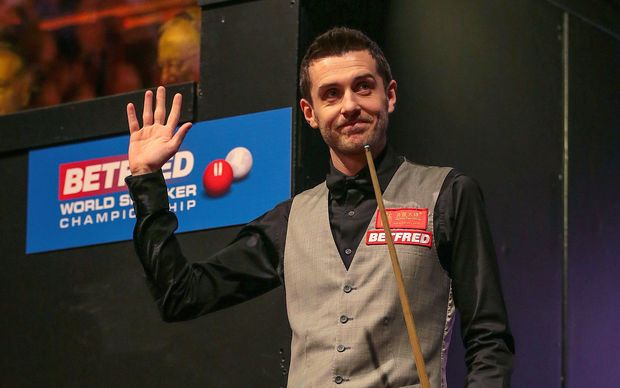 It was a double day of celebration for Selby who is also a Leicester City football supporter.

World number one Selby, champion in 2014, never trailed in the match as he ended Ding's hopes of becoming the first Asian player to win the biggest prize in the sport.

Ding, who lost the first six frames, fought back yesterday to leave Selby 10-7 ahead overnight at the Crucible Theatre in Sheffield, England.

The Chinese player started well today and reduced the deficit to 11-10 but Selby rallied and went into the final session 14-11 ahead.

The 31st frame was crucial, Selby producing superbly disciplined snooker to win it after a 51-minute tactical battle and he dominated the next to seal the title.

"It is fantastic," Selby told the BBC, "it was very special to win it two years ago, but I felt under a lot more pressure now than I did two years ago.

"In the first to 18, a 6-0 lead is not a huge one, especially against someone like Ding. He played fantastically earlier today and I had to just hang on to him.

"I'm just over the moon. I saved my best performance for the final and I only had two good sessions in the tournament. Luckily my 'B' game is pretty good."

Selby joined snooker's greats by becoming only the sixth multiple world champion in the Crucible era.

China's Ding fell short in his bid to become only the fourth player from outside Britain to win the title and only the third qualifier to lift the trophy.