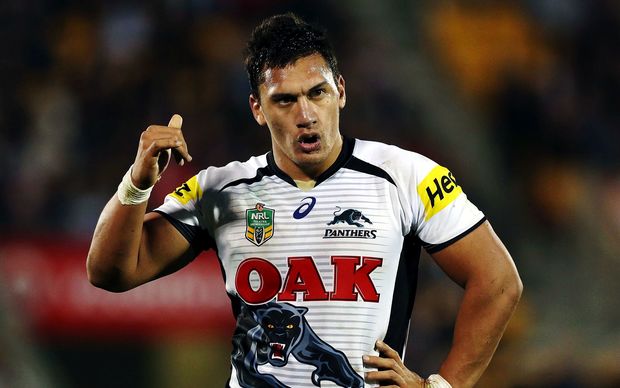 Off-contract at the end of this season, Taylor has spent the best part of 2016 languishing in reserve grade after being dropped in round three by new coach Anthony Griffin.

The 26-year-old is yet to enter into negotiations for next season with the Panthers, and a move back to the 15-man game in which he represented Auckland as a teenager remains an option.

"You've got a guy who grew up in New Zealand, you want to be an All Black," Taylor's manager, Ian Miles, told AAP.

"He's got a hankering one day to go back to rugby union, we've always talked about that."

Miles, who has been managing Taylor since his time in the under-20s at the Warriors, also works as a mind coach in Christchurch and maintains close links with the New Zealand Rugby Union.

While no formal negotiations have begun with any of New Zealand's five Super Rugby clubs, the former Warrior is believed to have been a topic of conversation between some rugby union officials and Miles.

"So he's remembered, and of course union are always looking at the Warriors and he made a name for himself there."

The backrower has far from closed the door on rugby league though, and is yet to make a final decision on his future as he continues to hold out hope of earning a long-term contract with a Sydney club.

A number of NRL clubs have also shown interest in Taylor, who played 10 Test matches for New Zealand, but none have tabled a former offer.

Taylor captained Penrith for six games last year under Ivan Cleary, who lured him to Australia after mentoring him at the Warriors in his rookie year of 2011.

However since Clearly's sacking in October, Taylor has fallen dramatically out of favour with Griffin and has played just two first-grade matches this season.