Sir Mark Todd and NZB Campino were the best of the New Zealanders at the Kentucky Three Day Event in the USA in what was an otherwise disappointing outing for the Kiwis.

Todd finished in seventh place this morning after the showjumping, the final phase of the event. 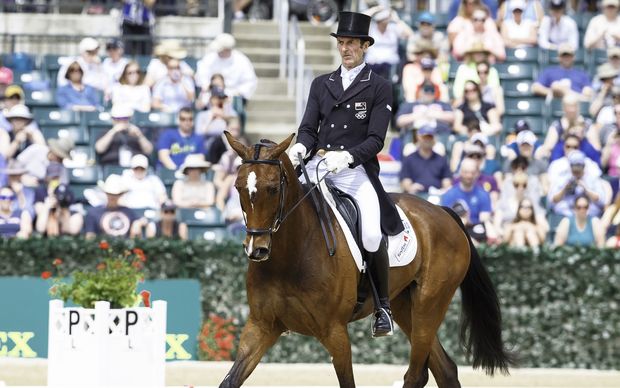 Rain again played its part on the final day of North America's only 4-star event. Rails fell freely from combinations throughout the field.

Just four combinations were clear and inside time.

Todd had an early fence down in the final phase, but rode a beautiful round to add just four faults to his score and finish on 60.4 penalty points.

Jock Paget and Clifton Signature had three down but were inside the time allowed and he finished in 14th place on 69.1.

Michael Jung of Germany and FischerRocana FST cruised to victory despite a rail in the showjumping, to finish on 39.2 penalty points.

Running in reverse order, the lower half of the field struggled to go clear and inside time over the course - that was until Blyth Tait and Xanthus III entered the arena.

A former winner of the prestigious event who has won gold medals at both World Champs and Olympic Games, Tait brought all his experience to the arena and was the first to go clear and inside the time allowed.

Tait ended up in 44th, with Joe Meyer and Clip Clop 51st.

Equestrian Sport New Zealand high performance manager Warrick Allan said while most of the riders would be disappointed with their performances overall, there were more opportunities to put their hand up for Olympic selection.

The first is at the Badminton Horse Trials this weekend.

New Zealand will take a team of four to Rio for the Eventing, as well as a travelling reserve.

An announcement is expected at the end of June.