The Blues squandered a big lead but held their nerve to beat the Rebels 36-30 at Eden Park. 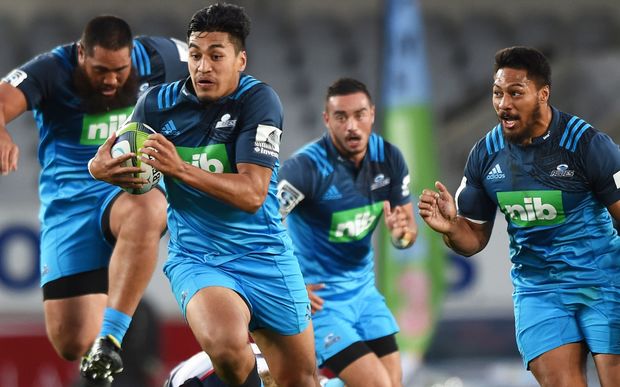 Rieko Ioane on the charge for the Blues. Photo: Photosport

The home team led by 18 points with 25 minutes remaining, before the visitors from Melbourne ran in two late tries.

Look back at commentary here.

The Blues outscored the Australian conference leaders six tries to four, but with only four wins from eight matches the Blues remain at the bottom the New Zealand conference.

Reece Hodge scored the opening try of the game for the Rebels before James Parsons, Jerome Kaino, Charlie Faumuina and Ihaia West dotted down for the Blues. 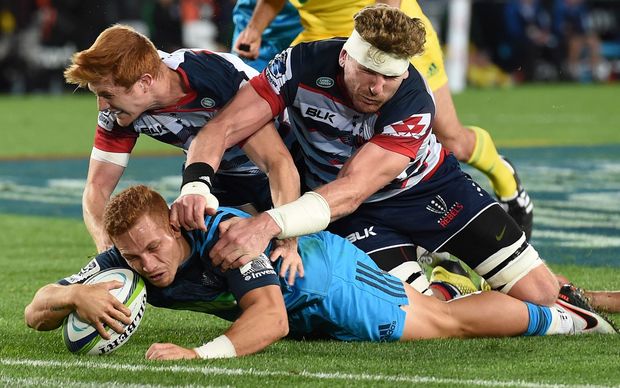 In the second-half, Tevita Li and Lolangi Visinia scored tries for the Blues before the Rebels mounted a comeback.

Tries to Colby Fainga'a and Sefa Naivalu narrowed the Rebels' defecit to just six points, but in the dying minutes of the match, the visitors were unable to snatch an unlikely victory.

After the game, the Blues captain James Parsons told Sky Sport his team is yet to put together a consistent 80 minute performance this season, despite having won their last two games in a row. 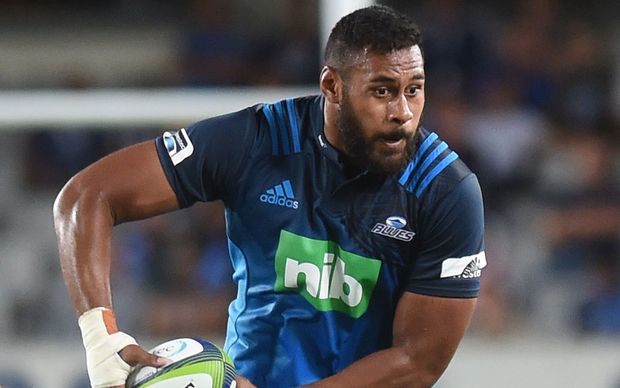 But Parsons said things are looking up for the Blues following the return of their All Blacks lock, Patrick Tuipolotu.

"He's a big force for us and it's good to see him back. He's worked hard on his fitness while he's been away with a broken hand and he showed it tonight."

The Blues now embark on a two match tour of South Africa and Parsons says they'll take confidence on the road from their victory over the Rebels.

"Yeah, we didn't finish well but there were some good things and we're excited for the trip to Africa." 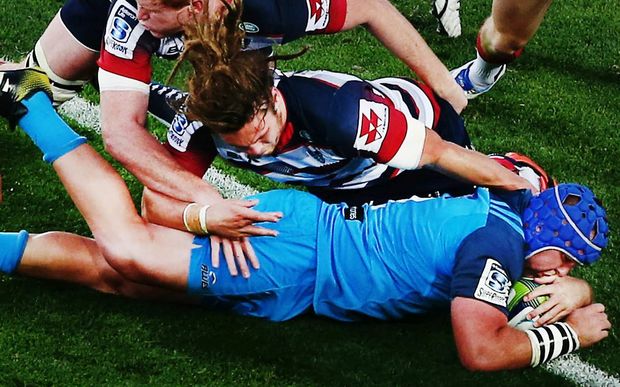 James Parsons of the Blues scores a try. Photo: Photosport