Rob Andrew has resigned as the Rugby Football Union's director of professional rugby and will step down at the end of the season. 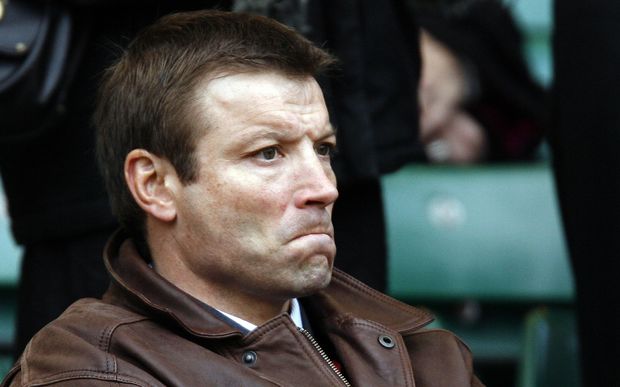 Rob Andrew has resigned as the RFU's director of professional rugby. Photo: AFP

The former England first five, who has been at the RFU for a decade, will be replaced in his role by former team mate and another former England captain Nigel Melville, the current chief executive of USA Rugby.

Andrew has resigned after months of talks with RFU chief executive Ian Ritchie but will stay on until the season's end to finish work on an agreement between Premiership Rugby and the RFU that will run through to the 2023 World Cup.

"It feels like the right time to step down at the end of the season," said 53-year-old Andrew, who has also served as head of rugby operations and elite rugby director for the RFU following his successful playing career.

"We are obviously disappointed to see Rob leave the RFU after 10 years which has seen him bring about a great deal of positive change at the professional end of the game in England in that time," said Ritchie, who has remained a staunch supporter of Andrew even during lean times for English rugby.

The RFU said Melville, 55, who has overseen rugby in the U.S. for 10 years, would be responsible for professional rugby in England with particular focus around Premiership Rugby, the English Qualified Player scheme, the elite player squad (EPS) scheme and the academy system

Andrew said he believed that he had left a secure foundation "to build a successful future", adding: "Having played with and known Nigel for a long time I believe that he is the best candidate to be appointed to take over the reins from me."