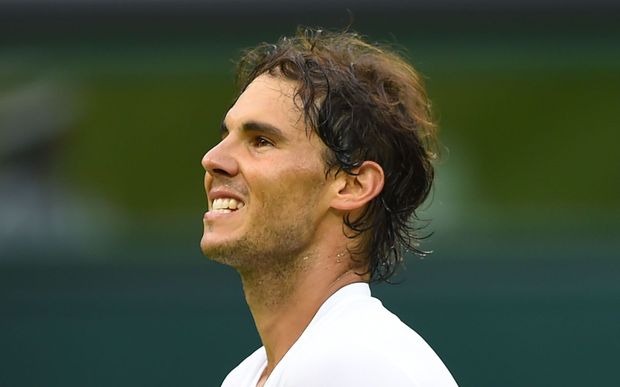 The 29-year-old issued a statement through his agent saying he had filed a case for defamation against Bachelot in the Paris law courts.

Bachelot was health and sports minister in 2007-2010 and social affairs minister until 2012.

"This legal proceeding was instigated after Miss Bachelot made offensive remarks last March on le Grand 8 programme on French channel D8," the statement read. "Through this case, I intend not only to defend my integrity and my image as an athlete but also the values I have defended all my career.

Nadal added: "I also wish to avoid any public figure making insulting or false allegations against an athlete using the media, without any evidence or foundation and to go unpunished."

Former world number one Nadal, who will attempt to win a 10th French Open title this year, strenuously denies ever having taken performance-enhancing substances.

He reacted angrily to comments made by Bachelot in which she said his seven-month absence from the Tour through injury in 2012 was "probably due to a positive doping test".

At this year's Indian Wells tournament Nadal told reporters: "This is going to be the last one, because I'm going to sue her.

"I am tired about these things. I let it go a few times in the past. Not any more," Nadal said.