Highlanders centre Jason Emery has been suspended from the Super Rugby competition for four weeks after pleading guilty to a dangerous tackle charge. 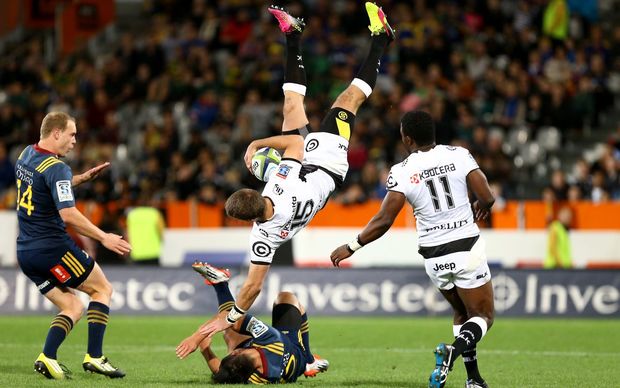 Emery was red-carded in the Highlanders' 15-14 loss to the Sharks in Dunedin on Friday after tackling Willie le Roux while the South African fullback was jumping for the ball.

Le Roux landed on his neck and was tested for concussion before returning to the field later in the match.

A SANZAAR Judicial Hearing found Emery guilty but took into account the player's exemplary clean record after 70 first class matches and his apology in person to Le Roux immediately after the match and a further apology later on social media.

Other mitigating factors were his guilty plea and the fact that the tackle in the air was more reckless than deliberate.

Emery was therefore given a two-week discount on the recommended sanction of six weeks.