The Chiefs have pipped the Hurricanes by one point in their Super Rugby match at Wellington, winning 28-27. 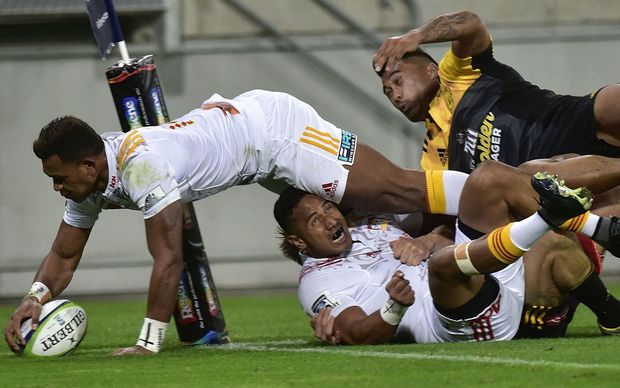 Both teams scored four tries, including two to the Chiefs centre Seta Tamanivalu.

Damian McKenzie underlined his potential as a future All Black with his superb kicking in windy conditions and incisive running.

McKenzie slotted all four of his conversions and set up tries for Michael Leitch and Taleni Seu in the second half after telling line breaks as the teams played in blustery conditions that created issues for Hurricanes first five Beauden Barrett. 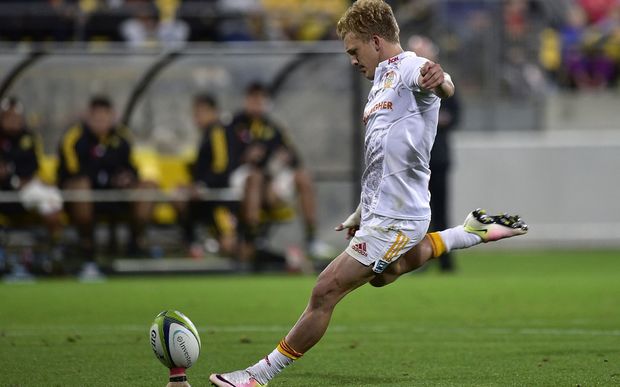 Barrett, whose inconsistent goal kicking has probably cost him more appearances at No.10 for the All Blacks, missed five of six shots at goal but slotted a drop goal, set up Cory Jane for the game's first try and scored another himself.

He also put Jason Woodward through with the line open in the final minute but the fullback dropped the pass as the Chiefs held on for the win.

The match also ended in confusion with the Chiefs reduced to 14 men after they had made too many front row substitutions, which led to uncontested scrums.

"We were pretty lucky," Chiefs captain Sam Cane said. "I don't know how we won that."

"We certainly didn't play overly well tonight. Hurricanes really put on a lot of pressure and I think they'll be kicking themselves.

"They were probably the better team today but sometimes rugby is funny like that. In a funny way it's bloody good to take the win." 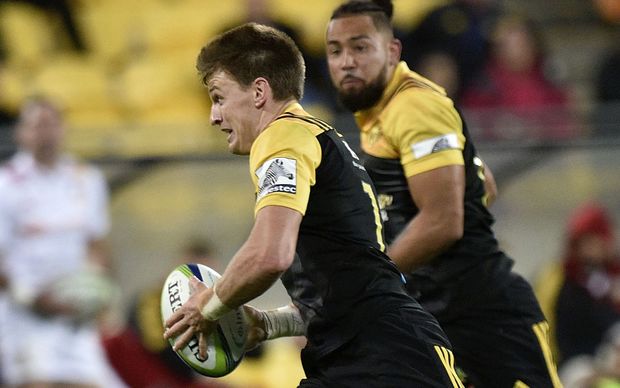 The Hurricanes captain Dane Coles said it was "an awesome game to be a part of."

"We made a few line breaks, I thought I scrum was awesome tonight and we gave ourselves a chance, but just some little handling errors let us down especially in the last 10 mintues."

The Hurricanes dominated in the forward exchanges but failed to convert their numerous scoring opportunities with the Chiefs resolute in defence.

Barrett's only success, apart from a drop goal, was when he converted captain Dane Coles' try, though it was his blistering pace and long pass that set up Jane for the first try.

Chiefs centre Seta Tamanivalu scored two first half tries, though his grounding of the ball for the first of them was far from convincing, with McKenzie slotting both conversions. 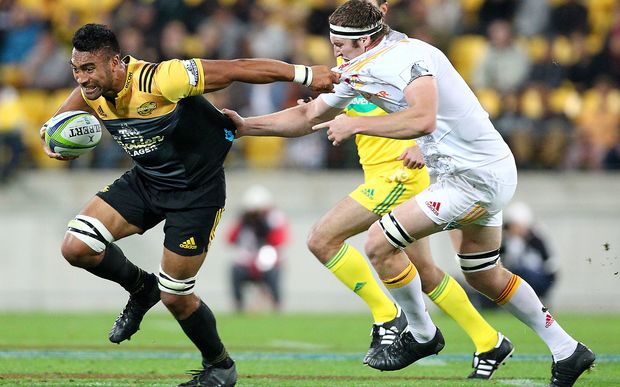 McKenzie's influence on the game grew in the second half when he ghosted through a gap that eventually ended with Leitch barging over, before he fielded a high ball in midfield and made a burst that produced a try for Seu.

Unlike Barrett, McKenzie had no trouble judging the wind, converting both of those tries with ease.

Barett gave the home fans some hope of a late win when he burst through, drew the final defender and passed to Woodward, who dropped the ball with the tryline begging just 20 metres away.

Also Saturday night the New South Wales Waratahs thrashed the Western Force 49-13 in Perth, while on Sunday morning the Stormers beat the Queensland Reds 40-22 in Cape Town before the Lions thrashed the Kings 45-10 in Port Elizabeth.