First-five Tusi Pisi engineered the Sunwolves' first victory in Super Rugby as the Japan-based side upset Argentina's Jaguares 36-28 in Tokyo. 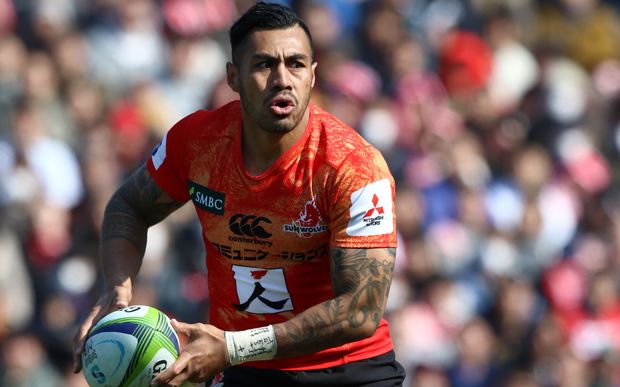 Replacement fullback Yasutaka Sasakura also scored a try while Riaan Viljoen slotted a penalty for the Sunwolves, who never let the Jaguares, also in their first Super Rugby season, get too far in front while playing a highly expansive game.

It was a remarkable turnaround at Prince Chichibu Stadium, given the Sunwolves had conceded 14 tries in a 92-17 thrashing by the Cheetahs in Bloemfontein last week.

The nature of that loss had many questioning the decision to expand the competition into Japan and Argentina, though the passion displayed by both sides indicated they had been stung by the criticism.

Jaguares captain Agustin Creevy, winger Lucas Gonzalez Amorosino, replacement fullback Emiliano Boffelli and number eight Facundo Isa all scored tries for the visitors, who have spent all of April on the road.

The Jaguares had taken a 28-26 lead with 12 minutes remaining before Pisi slotted his fourth penalty three minutes later then popped a beautiful short ball to Tatekawa in the final minute to seal the win.